Dispense with protocol and get closer to the people I REFER to the report “Public all for low-key ministers without huge entourage” (The Star, Oct 19; online at https://bit.ly/3n9Fm0S).

I agree with the views expressed in the report that more ministers should emulate the example of the Prime Minister and some Cabinet members when going about on public appearances and attending events.

It is indeed heartening to many Malaysians that Datuk Seri Ismail Sabri Yaakob has chosen to dispense with protocol when attending Friday prayers at a mosque without escorts recently. Many Malaysians have rightly lauded this fine example by the Prime Minister when the video of the event went viral on social media.

In this day and age and with many Malaysians facing economic hardship, it is incumbent upon Cabinet members to adopt a more egalitarian approach when they attend official events. They should eschew the practice of being accompanied by a large entourage and instead instruct their officials to make the events as business-like as possible.

This practice should also be observed by other functionaries, including heads of government departments and agencies as well as government-linked companies (GLCs).

One aspect that should be addressed is the practice of displaying oversized photographic images of ministers and other functionaries at the venues. This practice should be discouraged as it perpetuates a feudal culture.

And to some extent, it also reminds one of the personality cults encouraged by authoritarian regimes of the past in several parts of the world.

Another aspect that should also be looked into is the role of the masters of ceremonies at official events. As far as possible, they and other invited speakers should be asked to dispense with lengthy salutations when addressing their audience. This would save valuable time and is in line with international practice.

I am fairly certain such initiatives by our elected officials and other functionaries would be viewed positively by the Malaysian public. 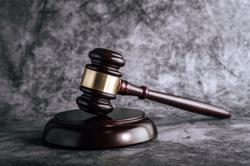