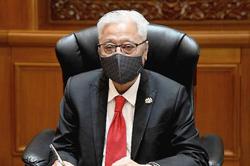 I WOULD like to highlight my problem in getting the BPR (Bantuan Prihatin Nasional) 2021 cash aid and hope someone from the relevant authorities will look into this matter.

I am in the M40 income category (RM2,500 to RM5,000 per month) and depend on a meagre pension for my subsistence. When I did not receive the aid amounting to RM300 in June this year, I sent a letter of appeal dated July 14 to the Bukit Mertajam branch of the Inland Revenue Board of Malaysia (LHDN). Their initial response was that my application had been rejected because I did not provide details of my marital status (I am married).

In the same letter, I was told that complaints were supposed to have been filed by June 30. But how do they expect me to comply since I could only know by July whether I received the payment or not? This is both unfair and unjust.

I then sent another letter stating that since I received the BPR assistance last year, I should be eligible for the current payout.

In response, LHDN said that upon checking, they found that the cash aid I received last year was under the BPN scheme for B40 and M40 groups during the first movement control order period (from March 2020). BPR 2021, they stated, was only meant for the B40 group.

I beg to disagree because when the assistance package was announced, the Prime Minister clearly stated that BPR 2021 covers both the B40 and M40 groups. It was also announced that there would be no need to fill in new forms to claim BPR 2021.

I wonder how many others have also been denied BPR 2021. I hope the authorities concerned will look into this matter and prevent senior citizens from being deprived of their rightful allowance. 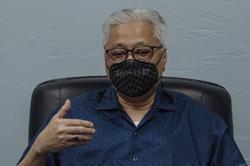