Breaking peace into pieces: the shards and shrapnel can only hurt Israel

By From Dr Rais Hussin.

WHETHER Israel was created by Theodore Herzl, head of the Global Zionist Movement in 1898, or lobbied by the Honourable Judge Louise Brandeis, who encouraged the United States to recognise it - the fact is moot.

Israel has successfully become a member of the international community. However, there is a serious dereliction of legal and moral duties: it is not behaving in a civilised manner.

Unsurprisingly, six countries that had just restored full diplomatic ties with Israel in the Arahamaic Accords in March 2021 have condemned Tel Aviv.

The weeks of unrest in east Jerusalem, which Palestinians claim as their capital, have multiple causes. But much of the recent violence stems from a long-running legal effort by Jewish settler groups to evict several Palestinians from their homes in Sheikh Jarrah.

As of now, a lower court ruling earlier this year backing the settlers' decades-old claim to the use of the plots infuriated Palestinians. Under the instruction of the Ministry of Justice, the Supreme Court in Israel has been asked to postpone the appeal.

To be sure, Zionism was not just a political project. It did, and branch off to Cultural Zionism; Spiritual Zionism; even Reform Zionism.

In a sense it is a multi-faceted project that is meant to transcend any limitations imposed on it due to thousand years of persecution.

Some who joined Theodore Herzl, such as Nathan Simons, in the end, even denounced the "political Zionism" of Israel that was strictly consigned to a state building project. Yet Herzl's idea prevailed soon after World World II.

Since Zionism is flexible, the backbone of Israel, its Supreme Court, can look downright progressive.

According to a 2017 poll by non-profit organisation Israel Democracy Institute, the Supreme Court is the only state institution that the majority of both Jewish (57%) and Arab (54%) Israelis have trust in; marking a slight increase from their 2016 poll. Yet the state of affairs in Palestine has not changed.

For example, when the Institute's 2017 poll on the statement "[t]he power of judicial review over Knesset legislation should be taken away from the Supreme Court" found that 58% of Israelis disagreed, 36% agreed, and 6% did not know.

While temperatures come to a boil, Prime Minister Benyamin Netanyahu has promised to modernise the "Iron Dome" instead.

The irony of such tough talk is futile, noted various academics familiar with the anti-missile defence system.

The more Israel wants to defend itself from incoming projectiles, the more determined Hamas and Islamic jihad will find various ways to make their rockets achieve their objectives.

As Hamas leader Ismail Haniyeh vowed, "if Israel wants to escalate, we are ready for it".

Not surprisingly, the UN envoy for Middle East Peace, Tor Wennesland, warned that Israel and Hamas were heading towards "full-scale war". But wars do cause serious collateral damage.

Israel launched deadly air strikes on Gaza on Monday (May 10) in response to a barrage of rockets fired by Hamas and other Palestinian groups, amid spiralling violence sparked by unrest at Jerusalem's Al-Aqsa Mosque compound, also known as Temple Mount.

At the rate Israel is acting like a bull in a China shop, it seems to resemble Prophet Moses smashing the tablets of the Ten Commandments into pieces when he had safely led his people through the Red Sea; only to witness the Israelites praying at the Golden Calf again.

Dr Rais Hussin is the president/CEO of Emir Research, an independent think tank focused on strategic policy recommendations based on rigorous research 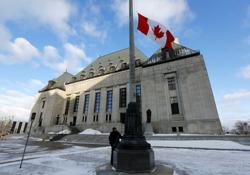