Psoriatic lesions on the arm during a flare-up of the disease. － Filepic

Despite an estimated 125 million people living with psoriasis worldwide, this condition is often not taken seriously.

Though the Malaysian Psoriasis Registry has around 24,000 individuals formally registered as living with the condition in the country, the actual number of persons with psoriasis is estimated to be between 500,000 and 800,000. Awareness of psoriasis is low, with the common perception that it is a skin condition needing only topical treatment.

Many live with this condition and endure incredible hardship. Some live their lives with the condition undiagnosed, untreated and suffer in silence. People living with psoriasis frequently encounter stigma and discrimination, leading to lost opportunities, broken relationships and some even end up being marginalised.

Society is often unaware of the negative impact that psoriasis may have on a person and how it can affect one’s educational and employment opportunities as well as quality of life in general.

But it doesn't have to be this way.

During a course of recent research into psoriasis in Malaysia conducted by the Galen Centre for Health & Social Policy, those living with psoriasis were vocal and spoke their minds on the developments and progress that have been made in treating this condition, the gaps and challenges encountered, the devastating impact that stigma and discrimination can have in securing livelihoods and having relationships, and having to live in a society that often looks at issues skin deep. They also shared their hopes for better, more effective and sustainable therapies.

People living with psoriasis said that the impact the disease has on them is not very well understood, but it is very real. Its chronic nature has a lifelong impact on the daily lives of those with the condition, though it is not contagious.

Psoriasis was described at one point as being worse than cancer, because an uncontrolled disease spells a lifetime of suffering. The progression of psoriatic arthritis leads to severe impairment of mobility with some being unable to walk, pick things up with their fingers, or even move their neck.

During a discussion conducted as part of the research, one person shared that the disease fluctuated between good and bad days, and there were times she could not get up let alone work due to intense pain. The stigma that accompanies the disease acted not only as a major stressor but also prevented or deterred access to optimal care.

Those living with psoriasis are largely undertreated and sometimes forced to settle for sub-optimal treatment. However, in the past decade or so, there have been significant advances and progress in the availability and understanding of the treatment of psoriasis in Malaysia. Better treatment has changed lives and improved the quality of life for so many. But those working to help people living with psoriasis today face the challenge of how to make those therapies more accessible and available to those who need it.

The people living with psoriasis who were consulted for this research outlined a number of recommendations which could be acted upon to help improve existing conditions. These were:

They can play an important role in providing practical feedback towards the development of treatment guidelines and policies, as well as initiatives which address stigma and discrimination against those living with the condition.

> Implement a national psoriasis programme: Implementation of updated clinical practice guidelines for psoriasis should be strengthened through a coordinated multidisciplinary approach which takes into account associated comorbidities and works towards providing appropriate treatment at all levels of care.

> Improve access to earlier interventions, therapies and care: People with psoriasis should receive the optimal care that is necessary to clear their skin symptoms, treat their disease and improve their quality of life, especially to improve physical functionality and bolster productivity.

> Improve access to funding and classify psoriasis as a critical illness: Existing insurance coverage should be reviewed to include psoriatic disease as a critical illness at the minimum. A person suffering from the disease should also qualify for benefits under the Employee Provident Fund and Social Security Organisation.

> Improve and strengthen the Malaysian Psoriasis Registry for better patient-centred outcomes: The effective use of a national patient registry improves the understanding of long-term prognosis and outcomes for psoriasis. It will help in the development of more effective therapies and improve the quality of service delivery and policies.

Ultimately, the goal of any form of intervention should be to achieve what those with psoriasis want most, namely skin that is completely clear of psoriasis, and lives free from pain.

Note: The Galen Centre is a research and advocacy organisation focused on health and social issues. 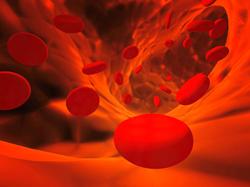 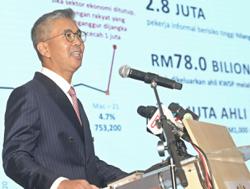