Simultaneously, National Covid-19 Immunisation Programme (NIP) Coordinating Minister Khairy Jamaluddin has been actively adapting the immunisation strategy, such as revising the “one dose, one dose reserve” policy to expedite Phase 2 of the NIP.

However, at Phase 2 for vaccination for the elderly, more problems arise mostly due to the elderly being less familiar with the procedures and being more susceptible to fake news.

We hope that the planned outreach programme by the Women, Family and Community Development Ministry will not only help them register, but also effectively engage them so that their doubts can be cleared and they will be convinced to get vaccinated.

Similarly, villagers in rural areas face the same problem of unfamiliarity and fear of side effects.

Hence, aside from going house-to-house with the National Disaster Management Agency (Nadma) and the Civil Defence Force to register them, we urge the government to also bring in health experts and local NGOs to be the bridge between the government and the community so that their questions can be answered.

They also have to be educated on the importance of the second dose, so that they will return for the second jab.

In addition, in certain remote areas, it may be difficult for villagers to come forward by themselves, or they could accidentally miss appointment dates if they have no access to MySejahtera, as a constant reminder.

Thus, the government could consider grouping appointment dates either by village or by family, so that they do not have to travel multiple times to vaccination centres, thereby increasing vaccine compliance.

We believe the government is doing all it can to combat the Covid-19 pandemic, and the progress of the NIP so far has been promising. We hope that the government will continue its efforts and prioritise the healing of the nation and its economy. 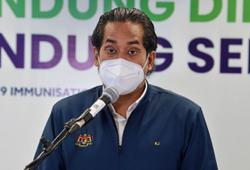