Eating meat destroys our health and the planet 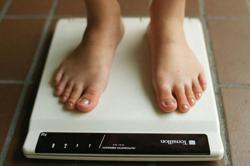 NOV 25 is observed by many countries as Meatless Day. In conjunction with this day, the Consumers Association of Penang (CAP) calls on Malaysians to substantially reduce, if not eliminate altogether, the eating of meat for the benefit of our health and the planet.

Meat consumption has conclusively been linked to obesity, heart disease, cancer, diabetes and many other chronic and deadly diseases.

Apart from the negative health effects of eating meat, there is a huge environmental impact as well. There may be no other single human activity that has a bigger negative impact on the planet than livestock farming.

Some 40% of the world’s land surface is used for growing food crops, most of which are used to feed animals. Globally, livestock farming generates 18% more greenhouse gases than transport. Some 70% of the Amazon forests have been razed to make way for livestock farming.

We have destroyed vast ecosystems and drained massive resources to support the world’s burgeoning livestock herds. Food, water and land resources are directed away from human consumption to feed these animals.

Producing meat is also most inefficient. To produce 1kg of beef, one needs 6.5kg of grain, 36kg of roughage and 15,500cu m of water.

Also, 70% of antibiotics produced globally are used for livestock. According to the World Health Organisation, more antibiotics are fed to healthy animals than to human beings. Livestock is usually given the same antibiotics as humans. Every time an antibiotic is administered, there is a chance that bacteria will develop resistance to it and turn into “superbugs” that can infect humans.

Meat satisfies people. Eating meat does not make a person bad, nor does being a strict vegetarian make a person good. But something has to be done about the way Malaysians get their meat.

In conjunction with Meatless Day on Wednesday, CAP would like to call on consumers to substantially reduce, and where possible avoid, eating of meat for the sake of our health and the environment.