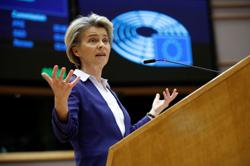 Regarding Budget 2021, we applaud the government’s one-off grant of RM500 ringgit each to 40,000 police retirees who received the National Hero Service Medal in appreciation of their heroism and bravery. They are truly deserving of the payment.

In this context, we regret that the many medical doctors who were conscripted into the Malaysian armed forces in 1964 have been ignored and have not received any recognition in Budget 2021.

An emergency was declared nationwide in September 1964 during the Indonesia-Malaysia Confrontation (1963-1966) after Indonesian soldiers landed on Malaysian soil. We government doctors, mostly in our early 20s, were commissioned with the rank of captain and some of us (including myself) were shipped off to the Kalimantan border after a stint of military training – which included using weapons like pistols, M16 rifles, automatic weapons and hand grenades – at the garrison in Port Dickson, Seremban.

In Sabah we teamed up with British Commonwealth, Australian and New Zealand forces as well as Gurkhas to fight the Indonesians in “Operation Claret” headed by General Walter Walker of the British army.

It was not easy working our way through the thick of Kalimantan jungles fighting against a clever and elusive enemy. We had to put up for the night beside swamps, fighting mosquitoes and leeches all the time. Our commanders made us travel light and undetectably for days without resupplying. Undetectable meant being silent using only hand signals, no rustling of papers or equipment. Also we had to travel “odour free”, so perfumed toiletries were forbidden as the scent could be picked up a kilometre away by the enemy. And more often than not we had to eat our food cold to prevent cooking odours.

Our company was once ambushed by the enemy and I remember, being a greenhorn soldier then, I stood frozen with bullets whizzing past me until my Malay sergeant who was by my side forcibly pushed me to the ground and kept me pinned down till it was all over. Did he save my life? He certainly did. Later when we returned to base, I regained my composure and thanked him, to which he simply smiled and said that it was his sacred duty to protect his men at all times. Such esprit de corps this brave man displayed.

There were casualties on both sides but the majority of those dead on our side were the Gurkhas. They were fearless fighters and some of them received wartime decorations for bravery. The casualties on the Indonesian side were much more, about five times ours.

In May 1966, at a conference held in Bangkok, the Malaysian and Indonesian governments signed a peace treaty and declared the Confrontation over. In Britain, the then Secretary of State for Defence, Denis Healey, described the Confrontation as “one of the most efficient uses of military forces in the history of the world”.

I’m highlighting this period in our history on behalf of other military doctors so we can stand alongside the 40,000 police retirees not so much for the one-off RM500 emolument but for recognition of our service to the nation.