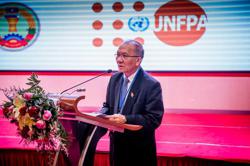 DO we need an emergency to manage Covid-19?

The truth is, we don’t. But what we badly need is a new platform to manage our politics.

Today we no longer truly have a functioning democracy with the government on one side and the opposition on the other.

What we do have are two or more blocks of parties whose main focus is getting into power. While we do have, to a good extent, a functioning government, we do not have a truly functioning opposition like in the days of Tan Chee Koon and Lim Kit Siang.

This is not a pattern that materialises overnight. It started on March 8,2008, during the 12th General Election (GE12) where for the first time since the 1969 general election, the government of the day, the Barisan Nasional coalition, did not win a two-third majority in Parliament. Pakatan Rakyat, the opposition, won 82 seats out of the 222 contested while Barisan Nasional kept the remaining 140.

Instead of growing into a more mature democracy where the opposition could have played a stronger and more effective role in Parliament, our opposition leaders and their hopeful, but perhaps naive, supporters see the slimmer majority as an opportunity to topple an elected government through party-hopping or what we popularly term as “frogging”.

This took place within months of the general election. This frogging habit is not new at the state level. In fact, barely a year after GE12, Perak was retaken by Barisan Nasional from the Pakatan Rakyat coalition.

But, at the national level, the negative impact of party-hopping is detrimental, as we are witnessing today. (To be fair, not all our political leaders believe in frogging. One fine example is the late Karpal Singh, one of my all-time favourite politicians who was passionately opposed to party-hopping. Unfortunately, his voice was drowned out by the weight of party politics.)

As each succeeding general election sees a slimmer and slimmer majority, this bad habit of toppling an elected government via frogging gains momentum. The greed for power overtakes the love for the country. The focus of each party is always about overthrowing the elected government, as quick as possible.

This habit slowly permeates into our political reality. We begin to see it as natural, a new norm. We justify party-hopping by believing that when the other side does it, it is frogging, but when it comes to our side, it is to save the country. We lie to ourselves. We are not being honest on both sides. We are angels, the other side is always the devil. We are right, they are wrong. So, it is okay for our side to do it, but not the other. We become hypocrites.

The country slowly but surely spirals into a negative kitaran – a vicious cycle that channels our politics towards ineffectiveness; efficient in getting support for political power through frogging, but ineffective in producing real results that last. This is not the way to manage a country. This is not the politics that can lead our nation to success.

The correct way is to allow the winning party to prove its worth for a full term until the next general election. Even if they win by just one miserable seat. That is the right way forward. This is why we desperately need a law to stop party-hopping.

So, where do we go from here?

Well, let me be candid. I could be biased. I am a businessman who is making hefty losses because I refuse to retrench my dedicated team. After all, many among them have been pushing themselves hard in the last few months. And just before seeing some business activities in October, we are slapped with the conditional movement control order (MCO).

Say whatever you want, but it was the Sabah state election and the irresponsible politicians who came back to the peninsula that caused the virus to spread across the country. And Sabah is in a critical state!

I want the government and our leaders to focus on two crucial matters – the economy and Covid-19. Like many others among the business community, we want to be able to fight through these challenges without a conditional MCO. We want to be able to go to work and give our best.

Remember, we business people provide jobs. We ensure families have salaries to take home. Without families getting their income, who is going to buy things at the marketplace? It is a chain reaction.

To save jobs, we must save the businesses. And to save businesses, we need political stability and an effective mitigation action plan to deal with the Covid-19 problem. You must listen to us in business. Do all you can to help us. We need an environment that will give us a winning chance to survive or,

better still, flourish, so we can provide more jobs, with better salaries.

We cannot afford another election at the national or state level, or even a by-election.

They can and will likely trigger another wave of the Covid-19 crisis. If this takes place, we in the business world need to reorganise all over again, as we have to now with the third wave after the Sabah state election. This comes after working hard to restructure our finances, people, processes and structure since February. Most will not be able to deal with another wave; just look at the numbers. Go ask around.

We cannot afford another change of government either, not because we support one group over the other. At this point, most of us have stopped caring about who is the Prime Minister. To us, it is not about personalities. It is about policies that make sense.

To us in business, the change of guards will create another round of uncertainties, with delayed decisions, and new directions and ideas across the chain from the ministerial level to state leaders, GLCs, and so on. Likely these uncertainties will take another six to nine months to settle down. We cannot afford that. We are racing against time, cash flow and the will to stay the course.

So, let us be clear of our goals.

We need political stability to deal with the economy and Covid-19 challenges. PERIOD. Which platform we choose is secondary. Be it an Emergency Ordinance, a ceasefire, a political compromise or whatsoever, just get the act together.

As Deng Xiaoping suggested, “It does not matter if the cat is black or white, as long as it catches the mice.”