What does the future hold for the deteriorating archeological site Lenggong?

Gua Kajang in Lenggong Valley, Perak, is one of the caves where several skeletal remains were found. — Filepic/2019/TheStar

My wife and I visited Lenggong, Perak, recently and were fascinated by the rich and varied prehistorical sites there.

The recent discovery of the Stegodon fossil, an ancient elephant dating back to around 30,000 to 80,000 years, shows the potential richness in ancient fossils waiting to be discovered. “Perak Man”, the oldest human skeleton found in Malaysia and likely the only ancient skeleton with a genetic defect in the world, was also found in Lenggong's limestone caves. Nearby are other caves where artefacts and cave paintings have been discovered.

Although Lenggong is a Unesco (United Nations Educational, Scientific and Cultural Organisation) World Heritage Site, not much is done to publicise it and even less to preserve and protect some of the lesser known caves. Our guide informed us there are 63 known caves around Lenggong but only 13 are protected in some way. It is sad and disappointing that these important and valuable sites are not well secured and protected from human interference and destruction. Gua Kajang is riddled with graffiti left by uncaring people. — Filepic/2019/TheStarThe Gua Kajang complex, although gated and locked, has been vandalised. There is graffiti on the cave walls and pieces of stalactites have been broken off and stalagmites trampled upon in Gua Puteri. The archeological string borders of a dig uncovering artefacts and food remains dating 6,000 to 7,000 years ago in Gua Nguam have been pulled out and left lying on the ground.

Gua Gunung Runtuh, where the Perak Man fossil was found, is thankfully well-secured with grilles and locked. Gua Harimau, where bronze tools and cave paintings were found, was fenced up but the gate was not locked, inviting unauthorised entry and probable vandalism.

Worse is Gua Badak, supposedly the only place with geometrical-shaped cave paintings in Malaysia: it is not even fenced up. Graffiti abounds and competes for attention with the ancient paintings.

The exact site of volcanic dust at Bukit Sapi will not be known to an outsider unless shown by a knowledgeable local or a guide. The guide we hired took us to a nondescript place near a lane junction where the raised bank was mostly covered by vegetation. The only clue is that part of the wall is greyish and there is a sizable hole in it.

The hardened and solidified greyish material is the volcanic dust from a gigantic eruption from Mount Toba 74,000 years ago. The hole was made when authorities took a chunk out to accompany the application for World Heritage Site status; that chunk is now exhibited in the Muzium Arkelogical Lenggong.

The dust from that ancient volcanic eruption caused dark overcast skies which precipitated early human migration. Because of the pall blocking out the sun over many years over the region, vegetation and animal prey diminished, so food was scarce. The prehistoric peoples then moved up north to present day Vietnam and Japan in search of better living conditions. Our guide informed us that archeologists have found similar DNA between the Japanese people and the local Orang Asli.

Coming out of the museum, we saw a flimsy A4-size paper laminated sign stuck on a short stick pointing to Bukit Bunuh, where meteorites had supposedly struck 1.83 million years ago. Axes and chopping tools were found embedded in rocks where the meteorite slammed into the ground. This underlies the claim that the first humans may have come from South-East Asia and not Africa, as is commonly thought (although this has yet to be verified).

Further along at a junction was another sign, but this time it was laid flat on the ground, the stick broken. We had no idea which direction to take and how much further on the rough unpaved road we had to go. Our car wasn’t made for going off road, so we turned back, disappointed.

Ten years ago, we saw the cave paintings on the hillside walls at Gua Tambun. There was then a thin ledge of conical seashells wedged between the rock and soil which formed when the mountains rose up from the sea. We returned four years ago and surprisingly saw steps and a shelter had been built for easier access and convenience, but sadly, all the prehistoric shells had been picked clean by visitors.

We were informed by our guide that the authorities intend to privatise these Lenggong caves and allow private companies to care for, protect and maintain them in return for charging entrance fees. There is a danger that private companies would turn these places into cheap, gaudy, glitzy places with fast food joints for the sake of quick profits.

There is a vital and strongly justifiable case to protect these archeological wonders, but it must be done with sensible care, and the locals’ participation, interest and benefit given utmost importance.

Most of the roads leading to these caves are narrow, wide enough only for one car, and wind through quiet, traditional Malay villages – the caves are deep inside the villages. Visitors’ cars travelling to and fro in large numbers would be a nightmare and a nuisance for the villagers. Private companies may also set up car parks and refreshment places near the cave entrances, which would destroy the natural vegetation and not benefit the locals financially.

A better option would be to build an entrance and parking complex outside the village to allow visitors to park their cars and purchase entrance tickets. Shuttle vans could then ferry visitors back and forth. Guides from the villages could be hired should the visitors wish for a better understanding of the caves.

All this should be run by the locals with technical and management assistance from relevant authorities and NGOs. The infrastructure costs should be borne by authorities and all monies made should be channelled back to the villagers as salaries and for the protection and conservation of the caves.

The locals could set up refreshment and food stalls selling local delicacies as a further financial benefit. Homestays and local crafts could be another means of boosting the local economy.

These archeological places must be well sign-posted for visitors but, more importantly, they must be well-secured, protected and maintained. Unfortunately, this is not happening.

If this generation feels these places are not worthwhile protecting and maintaining for the future, perhaps we should not unearth any more fossils or artefacts or open up caves for visitors. Leave them buried or undiscovered for a future generation that will value, take pride in and protect and maintain these heritage treasures. 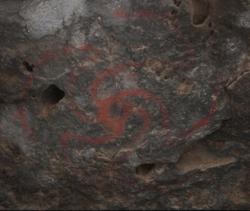