Leaders must be reflections of Rukunegara principles

The objective is to realise the tenets and spirit of the Rukunegara, which was declared by the Yang di-Pertuan Agong on Aug 31,1970.

During the launch of the celebration, the PM expressed hope that the people should live the Rukunegara’s five principles, which are:

2. Loyalty to King and Country;

3. Supremacy of the Constitution;

Belief in God is not merely a verbal assertion but should be a declaration of faith, a fervent belief in the goodness of the teachings of the religion that must be reflected in one’s behaviour.

In Loyalty to King and Country, the essence is the well-being of the people and country expressed through mutual respect and reciprocal deeds of goodwill and understanding. The king is a symbol of the majesty that provides solace and care for the people, and loyalty is not subservience to the powers that be but a collaborative effort of patriotism.

Supremacy of the Constitution is the bastion of the nation, as it regulates all matters of governance to safeguard the interests of the people and the institutions of check and balance. This is affected through the elected representatives who take the oath to preserve, protect and defend the Constitution. However, as we have seen in quite a few instances, political expediency and sectarian interests might jeopardise the sanctity of the Constitution.

The PM stressed that no one is above the law for it is blind and indifferent to the imperatives of power and wealth. That has always been the mantra of the powers that be. The political landscape does weigh in on the scales of justice, but for the most part, it is guided by the law of the country and the oath taken by judges.

To further safeguard the rule of law, there must be an independent judiciary and the position of the Attorney-General on whom rests the burden of prosecution or otherwise as well as the legal adviser to the government must be separated. And the Attorney General’s decisions must be subject to the scrutiny of a bipartisan committee when necessary.

Courtesy and morality must be made an integral part of the people’s behaviour. As it stands, the people and nation have yet to aspire to this noble and lofty ideal.

To ensure that the ideals of the Rukunegara permeate the lives of the people, those governing the country must set the correct example. No amount of celebrations or rhetorical assertions will realise these ideals when those who preach do not practise them. 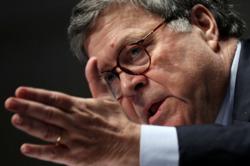