EVERY now and then, there will be reports about Malaysians being racist by barring people from an entire continent from living at a condominium or by renting rooms only to those of a specific race.

I came to know of a recent case in Cyberjaya: A Libyan lecturer was told that he is persona non grata in a premium residential neighbourhood by his property agent because the building management had imposed a rule barring all Africans.

When asked by reporters, several other property agents echoed the same thing. However, it was categorically denied by the property management firm, suggesting the decision had probably been made by the individual apartment owner.

The Libyan complained it was the first time he had come across such blatant racism, saying: “I am shocked. You can’t just judge people from where they are from. I have been in this country for 24 years. In fact, I am more Malaysian than some other Malaysians.”

In Malaysia, anyone interested can easily view properties to let and tenants usually move in after signing a tenancy agreement and paying one month’s rent in advance plus security deposits. In many other countries, foreigners must find a local citizen willing to act as guarantor. If I had been dealing with the Libyan as a real estate negotiator, I would have passed his background information and my recommendation to the apartment owner. Unfortunately, many local property agents or real estate negotiators are untrained, unlicensed or unregistered.

Sadly, stereotyping is widespread. Firstly, anyone enlightened would have difficulty picturing a Malaysian. It would be tough to imagine an Asian, who could be an Arab from West Asia or a Japanese in the Far East, each with his or her own distinct look and mannerisms. Yet Africa is an even more diverse continent. In fact, the world’s 20 most diverse countries are all African.

Also, there are good and bad people of every nationality, race or religion. Over the past decades, many Africans of shady backgrounds have been a nuisance where they live, especially in condominiums. Many disturbed women, frightened children, got drunk and became dangerous – but the average African is himself/herself afraid of such rowdies.

These bad apples can easily be spotted a mile away by their negative body language and behaviour. We should never judge by skin colour because we can always pick up signals sent through visual and vocal communication even without understanding the words.

Those poor in interpersonal communication skills tend to stereotype by associating people with skin colour, race, religion or language. And poor understanding of culture prevalent in many pockets of our society and in business communities has only made stereotyping worse, leading to inadvertent racism. 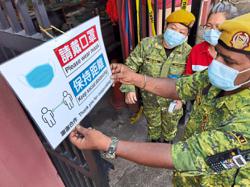 Time to pay back loans if you can afford it