Those who do self-harm are victims

I REFER to the report “Jobless man jailed for trying to kill himself” (The Star, June 27). The 42-year-old man, who had attempted suicide by stabbing himself with fragments from a broken glass window, was sentenced to one month in prison.

The report did not mention if the person had been sent for assessment of his psychiatric condition before the court proceedings ended with his conviction (by his own confession) under Section 309 of the Penal Code.

I hope he is no longer feeling suicidal and is receiving medication or counselling or both from mental health specialists in an environment that does not perpetuate his probably already depressed and hopeless state of mind, which prompted him to attempt to take his own life.

If there had not been any assessment and report on this unfortunate person by a medical officer from a psychiatric unit to the court before sentencing, I hope the Prisons director-general can get this done urgently. He can be referred to a psychiatric unit, as provided for under Section 36 of the Prison Act 1995, for requisite inpatient stay and treatment until he is out of danger of a repeat suicide attempt.

It is my hope that persons who attempt self-harm or suicidal acts would be considered as victims of their own psychiatric illnesses and would benefit from the provisions of various laws, including the Mental Health Act 2001, that allow treatment for their psychiatric disorders.

A caring attitude for the mentally unwell by the relevant government agencies will go a long way towards reducing the stigma of psychiatric illnesses. 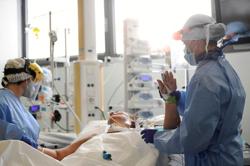