As much as it has become second nature to dump every blame on him, US president Donald Trump might be the "good guy" as the globalists make their end-game play under the cover of the Covid-19 crisis, if only because he can't seem to follow any particular game-plan or stick to any one script.

JPMorgan reckons the coronavirus crisis will have pushed the world economy into a 12% contraction over January to March, exacerbated by a 60% oil price slump. The quarter saw also the most brutal global equity collapse in 100 years.

In response, G20 nations have promised a US$5 trillion (RM21.7 trillion) revival effort, and its central banks have slashed rates and restarted asset purchases and quantitative easing on a scale never seen before.

In many cases the result will be hyperinflation as everyone competes to try and access fiat currency when repayment comes due. This is why China is now mopping up all the US dollars it can get to service a combined private sector debt of over US$900bil (RM3.9 trillion).

The implication of this is clear. Fiat money will devalue - in some cases falling sharply. The flip side of this is that physical assets will inflate, in particular gold and other precious metals and stones. The other big beneficiary will be digital assets, and cryptocurrencies.

The affirmation of a dominant safe haven currency such as the US dollar is the expectation of global central banks and international monetary funds. Elite think-tanks such as the World Economic Forum are lauding the spending bubble in the expectation that a small group of global currencies emerge as the store of value.

From the perspective of countries like Malaysia and the rest of the developing world, this would reincarnate the scenario of yet another "new" world dominated by a few dominant globalist powers.

Fortunately, it is not likely that China will play along with the usual suspects, nor even that it is welcome to do so. In fact, China would itself bear the greatest losses from this rebalancing. Though their preference would be to promote their own currency, the Yuan, as a viable reserve currency, there is little chance there would be any takers.

The result is a period of painful upheaval and chaos as capital flight searches for assets that will preserve value over time - and by definition these will have the properties of scarcity, liquidity, and mobility. History's closest comparison was when FDR abandoned the gold standard in 1933 and devalued the dollar.

The decade of chaos that followed is known as The Great Depression, only brought to a definitive close in 1944 when the US dollar became the peg for all signatories to the Bretton Woods agreement. The entire modern history of capitalism that everyone alive today has ever known was born from that day.

Today, we are perhaps on the brink of a similar era of chaos. But as the saying goes, out of chaos comes opportunity. Malaysia should take advantage of this polar shift in the global economic system to demonstrate its leadership with actionable initiatives.

We have many advantages that lend itself to becoming a safe haven for physical assets such as gold and digital assets such as crypto. English language, common law, regional banks, and central positioning within Asean are just a few of them.

Like Geneva Freeport in Switzerland, we can emerge as a regional hub for storage, digitalisation and trading of securitised assets. Malaysia already has Labuan as an offshore financial jurisdiction which can be expanded for this purpose.

Instead of becoming a victim in the globalist end-game of depreciating currencies, we could instead emerge as a vanguard in the new financial system that will soon emerge. 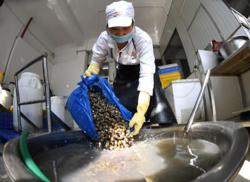