Accountability of the public office machinery

ON March 17, a movement control order (MCO) was issued by the Malaysian government in response to the Covid-19 pandemic. This was followed by advisories and a frequently asked questions (FAQ) fact sheet issued by the National Security Council (MKN).

I wondered how this information would be communicated to the people in my constituency, particularly vulnerable groups with limited or no access to the usual communication channels. This may include the elderly, children, people with disability and Felda dwellers.

My concern level intensified upon learning that some individuals in my constituency (Pengerang) are affected by Covid-19. Furthermore, Pengerang, being the location of Rapid Petronas project, saw loss of lives due to an industrial fire and explosion in the same week. It has not been a good week for the rakyat in my constituency.

Imagine my distress when the Women and Family Ministry (WFM) issued a statement that Talian Kasih would suspend operations with immediate effect. Talian Kasih is a hotline and WhatsApp reporting platform that enables members of the public and victims to report cases of violence and abuse. This decision was overturned within a few hours as netizens, Opposition leaders and myself came down hard on the ministry, highlighting an even more urgent need to protect vulnerable groups in times of crisis. I pointed out that the MCO specifically excluded cessation of essential online services.

As a firm advocate for vulnerable women and children, I believe this short-sighted decision could have been avoided if all stakeholders had a clear understanding of national guidelines and standard operating procedures for pandemic control and response.

It is not too late to ask ourselves some very difficult questions. To what extent is the government machinery liable for any failure, intentional or unintentional including being negligent, in carrying out its duties? How do we answer to the legitimate expectations of the public?

Most Malaysians do not understand the complex relationship between ministers (political appointees) and public officers (duty bearers for the implementation of government policies). Perhaps this expression, which I am used to hearing, sums it up: “Ministers come, ministers go. We stay.” Hence, while the public is always quick to judge and criticise ministers/politicians for the failures of policy implementation, little do they know or realise that ministers rely on the full support of the public office machinery to deliver what is promised to the people.

As a member of Parliament and a legal practitioner, I am duty bound to explain a sensitive legal issue to members of the public (and perhaps gently remind the ministers in office).

“Tort of Misfeasance” is a legal terminology that applies to people in public office, not just government servants but also members of the administration, which include ministers as per Article 160 of the Federal Constitution. It is a tort remedy for harm caused by acts or omissions that amount to:

In short, misfeasance is an “Intentional Tort”, and the common denominator for “intent” is bad faith (source: “Misfeasance in Public Office” by Mark Aronson; https://bit.ly/33Cn0LR).

WFM’s sudden announcement on March 18 reminded me of a Netflix crime documentary titled The Trials of Gabriel Fernandez, which highlights the failure of a government and social system in protecting the rights of a child.

When children are denied access to a safe platform for reporting abuse and legal protection, we fail as a nation. Case in point, the documentary established the failure of a government to effectively respond to a case of child abuse, which eventually resulted in loss of life. Despite multiple reports made by different parties to social services and the police, the system chose to believe the perpetrators and failed to take action. In the end, the perpetrators were charged while duty bearers escaped the consequences of their liability for failing to protect the child.

The documentary resonated deeply in my advocacy and support for the rights of children. As a lawmaker, I am constantly reminded that in ensuring protection for our children, accountability is required at all levels. We are all duty bearers and custodians of children – politicians, family, community, civil servants, law enforcement, legal practitioners, teachers and etc. In this time of crisis, let us not forget the vulnerable groups in our society.

Let’s not make irrational decisions without looking for alternative solutions. And let’s extend our call for support to civil society groups when our hands are full. 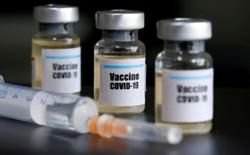 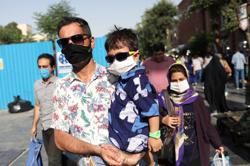