Renew our focus on mental health

AS the new decade gets going, I feel it is an appropriate time to highlight the continuing menace of poor mental health affecting communities throughout Malaysia. While we look optimistically to the new decade ahead, it is important that we do not forget about the past and address persisting issues. This is especially true if we want to ensure that we do justice to the lives lost to suicide in the last decade.

For the past few years, there has been a rise in cases of self-harm and suicide affecting youths. Accor-ding to a YouGov poll, one in 10 young Malaysians have experienced some form of mental health issues. A quarter of Malaysians have experienced suicidal thoughts and engaged in self-harm. A report from a local health research body says that 356 people were lost to suicide between 2014 and 2019. Mental health victims are also getting younger, with school-aged children experiencing an uptick in mental health issues.

The effects of this uptick can be seen in our higher education institutions. Last year, two universities experienced multiple cases of suicide, with one suffering two suicide cases in the span of a week. These people died in lonely circumstances, and the two things that now define their existence are their suicide notes and past social media posts, a sobering, apologetic (re)telling of their suffering and why they felt suicide was their only way out. And there are the friends and family they left behind, who can only keep their legacy alive through memories.

It should be noted that the federal government has promised to decriminalise suicide and remove phone charges for suicide prevention hotlines like the Befrienders (03-7956 8145) and Talian Kasih (15999). Lawmakers have formed an All-Party Parliamentary Group on mental health, with psychologists and counsellors to provide expert advice. There has also been a modest increase in mental health funding, with a mental health awareness month being declared when awareness activities are held throughout. NGOs have also stepped up to the challenge of addressing these issues by publishing mental health information booklets and making podcasts.

While these initiatives are good, they are decentralised and scattered. They are also indicative of a government that is making policy that is not based on the needs and lived experiences of those suffering mental health issues. The current system is not coordinated to provide wrap-around care for victims and carers of those with mental health issues.

Even with the (rather modest) budget increases, the public mental health system still suffers from acute staff and financial shortages when it comes to providing care for people going through a mental health crisis – this is especially apparent in rural areas, as well as in Sabah and Sarawak. The current piecemeal efforts also do not form a complete strategy to deal with mental health issues through preventative care – specifically, they do not address contributing factors such as family violence, workplace and school bullying, sexual harassment, elder abuse, and cost of living factors, among other things. Even the basic concept of increasing the number of lived-experience mental health workers from diverse backgrounds does not get a passing mention.

The impact of this political dithering is black and white. More people will continue to slip into the black hole of poor mental health, and more people will die as a result. More people will be reeling from the impact of suicide with no one to turn to for help. We cannot let this upward trend continue – one death from mental health is a death too many. This will not stop until all levels of government are willing to show some humility and acknowledge that policies do not go far enough in addressing mental health issues; they must also realise that they have to work with the community to create a mental health support system that works for everyone, now and into the future.

They need to listen hard to those that suffer from mental health issues as well as their carers, families and friends, and work towards a vision of better mental health for all Malaysians. They can do this through a Mental Health Royal Commission designed to give people a forum where they can tell their stories and that will force politicians to listen to the stories.

As the rakyat, we must continue in this new decade to push for action on mental health. It is important that we educate ourselves on the diversity of mental health issues and their contributing factors.

As with the other systemic issues that plague Malaysian governance, we cannot let the sands of time sweep these issues under the carpet. We must keep the stories of those who have passed alive, as a representation of the human impacts of mental health, for it should be our shared commitment to be the voices of this invisible illness – a powerful reminder that while mental health can be an invisible illness, its consequences are far-reaching and tangible to friends, families and the community at large. Our voices should also serve as a thumping force for good, where we turn the suffering inflicted on those with mental health issues into a positive force for progressive action.

Those suffering from problems or contemplating suicide can contact the Befrienders service nearest them.

For a full list of numbers and operating hours, go to befrienders.org.my/centre-in-malaysia. 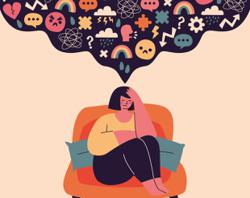