THE Back for Good amnesty programme for foreign workers ended on Dec 31. However, there are still many concerns that the Migrant Workers Right to Redress Coalition has about solutions offered by the Malaysian government to manage irregular migration in Malaysia.

While most enforcement agencies and media use the term “illegal” foreign workers, the coalition opposes this term as it dehumanises foreign workers and does not always reflect their actual immigration status.

According to the Department of Statistics, as at May 31,2019, there were 2,059,382 foreign workers in Malaysia from 13 countries working in six sectors. The 13 countries are Bangladesh, Cambodia, China, India, Indonesia, Laos, Myanmar, Nepal, Pakistan, the Philippines, Sri Lanka, Thailand and Vietnam. The sectors are the agriculture, construction, domestic, manufacturing, plantation and service sectors. These foreign workers are holders of the Temporary Visit Work Pass (Pas Lawatan Kerja Sementara or PLKS) that is issued by the Immi-gration Department and tied to one employer according to a specific sector.

Human Resources Minister M. Kulasegaran has lamented that even though the applications to hire foreign workers are made at his ministry, the final approvals are made by the Home Affairs Ministry. The coalition believes that when a worker faces a dispute with his/her employer or labour agent, the mismatch in roles between the two ministries places the worker in a very precarious situation and increases the probability of him/her becoming irregular.

For example, amidst a labour dispute, an employer can cancel the foreign worker’s permit unilaterally through the Immigration Department and have the worker deported without resolving the dispute. As the Immigration Depart-ment is not obliged to cross-check with the Labour Department if there are any outstanding disputes before the worker is deported, the employers and labour agents can take – and have been taking – advantage of this glaring loophole in the management of foreign workers.

When a migrant worker faces a dispute and knows he/she has an almost zero probability of having it resolved fairly, his/her only option is to abscond and find work with another employer/agent.

With the very competitive business environment deliberately pushing labour costs down in a “race to the bottom”, employers are quite willing to hire absconding workers, as they can do so at much lower salaries and without offering work benefits. Unscrupulous labour agents also help facilitate the absconding and illegal hiring as they are rewarded with commissions per worker. This trend and cycle have been going on for more than 20 years, resulting in the estimated five million irregular workers in Malaysia now.

Another reason for the increasing number of such workers is the failure to solve human trafficking in Malaysia. For two consecutive years, Malaysia has been listed in Tier Two of the watch list published in the “Trafficking In Persons” report by the US State Department. Tier Two is the last but one ranking, and it is an indicator that Malaysia is failing to tackle human trafficking, which intersects with forced labour and modern-day slavery.

Why is it so difficult for the Pakatan Harapan government to resolve this? For one, traffickers take advantage of Malaysia’s recruitment and hiring procedures. In our investigations, we found a loophole in the recruitment process through which bogus employers “recruited” foreign workers. The bogus employers are paid a hefty sum to loan their names and identify card numbers to agents who apply for permits for foreign workers; these workers are then brought in and forced to work – cheaply or for no salary at all – as irregular workers for the real employers. This is state-sanctioned modern-day slavery, as enforcing authorities have been ignoring these gross abuses and very rarely track down bogus employers and agents and sanction them in the courts.

Apart from the government’s failure to ensure a protection mechanism for foreign workers, there is also a social aspect that contributes to the “justification of their exploitation”. The recent report by the International Labour Organisation on “Public Attitudes Towards Migrant Workers in Japan, Malaysia, Singapore and Thailand” shows Malaysians have abysmal perceptions of foreign workers and we believe that this has a direct impact on how Malaysians treat foreign workers, especially in the way employers and agents handle disputes.

The coalition would like to recommend that Malaysia immediately regularise all irregular migrants and absorb them into the labour workforce without utilising the services of agents and without cost. Once these workers are formalised into the workforce, only then can Malaysia do a proper labour market assessment of how many workers, Malaysian and foreign, the economy accurately needs to stay competitive.

We also urge that irregular migration be declassified as a criminal offence under immigration laws and that mechanisms be created for the status to be resolved via administrative measures. This will ensure we do not unjustly punish foreign workers for becoming irregular due to no fault of their own. We estimate that up to 90% of those the government labels as “Pati” (foreign workers without permits) came in at first via regular channels.

Decriminalising irregular migration will give us a window to keep migrants in view via voluntary registration schemes for employment and healthcare, as practised in Thailand. This will not only reduce overcrowding in detention centres but will also help save billions of ringgit spent on detention-related costs, while also reducing the number of migrant deaths in custody.

We also urge the Malaysian government to immediately come up with a comprehensive national policy for foreign workers to ensure there are no more gross abuses of foreign workers’ recruitment in Malaysia and that the various ministries and laws can work effectively and efficiently to ensure justice and protection for foreign workers in Malaysia. This should apply to all, be they refugees, asylum seekers, the stateless and foreign spouses. 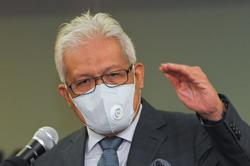