A huge loss for the country

LAST Friday was a deeply troubling day for me and, I trust, many others. After a short spell of hospitalisation at the National Heart Institute, Datuk Redzuan Kushairi, a lifelong friend, colleague and collaborator passed away some seven months short of his 70th birthday.

We both had our early education at the King Edward VII School and later enrolled for a Bachelor’s Degree in Arts at Universiti Malaya.

Upon graduating, Redzuan joined the Malaysian Foreign Service in April 1972 and served with acclaim in various capacities at Wisma Putra and at our diplomatic missions in Moscow, Washington DC, Addis Ababa, London, New York and finally as Malaysia’s first ambassador to Uzbekistan.

As a Russian language speaker, Redzuan always enjoyed any opportunity to meet with other Russian speakers, and his ambassadorial posting in Uzbekistan with concurrent accreditation to other Central Asian countries was a deeply satisfying assignment for him.

Redzuan was, however, a universalist and high achiever, and a staid ambassadorship held little novelty for him after two-and-a-half decades of diplomacy. He had always felt fervently about issues of public interest and respect for the rule of law.

He opted to go into the corporate and non-governmental world in the mid-1990s and despite the rough terrain that he faced initially, he dedicated himself to promoting different sets of networks involving think tanks, youth, academia, media and press and cultural organisations especially in the Asean region.

Between 2010 and 2014, Redzuan and I, together with Razali Ismail and Datuk Mokhtar Selat, ran the Foreign Policy Study Group, an NGO dedicated to building people-to-people relations in the Asean region.

As a result of the work of this group, we were able to establish a framework for close ties with retired senior diplomats in all the Asean countries. Through these contacts, links were established with universities in Thailand and Indonesia.

We were also able to attract youth and media representatives of Asean to participate in seminars aimed at fostering better mutual understanding in the region.

Redzuan always kept a good and well-appointed home, which made Malaysia proud as he was a charming and generous host, not unlike his two well-respected G25 members who predeceased him, Mokhtar Selat and Datuk Latifah Merican Cheong.

It is sad that the enlightened and gallant G25 has lost three of its distinguished members – three notable technocrats who served the country with distinction under the second, third, fourth and fifth prime ministers.

Golf was a lifelong passion for tech savvy Redzuan who was constantly making investments in IT-related gadgetry.

His greatest passion was reading, especially on global politics, and he spent a fortune on books and artwork.

He was everyone’s friend with his trademark conviviality, and as one of the country’s brightest diplomats he could often punch above his weight.

The country has lost a great soul, a friend to all and a mentor to our younger generation of diplomats and civil servants. 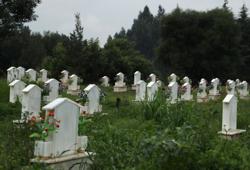 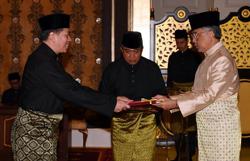 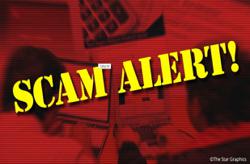