Auto glory: The CarSifu Auto Show drawing in the crowds with displays of attractive features.

The project will be an all private sector initiative, thus there is no government support in terms of funding. The government will assist if necessary.

Initially there was an intention to seek assistance from Japanese automakers such as Toyota and Nissan, but now the ambitious project would require no external help, instead it will be an all-Malaysian undertaking led by Malaysian Industry-Government Group for High Technology (Might).

When did Might acquire the automotive technological know-how to undertake such an ambitious project?

With a population of 1.3 billion and growing affluence among the mainland Chinese, Geely was still not able to compete with established automakers, not until it acquired Volvo in 2010.

After a failed effort to establish Proton and Perodua as an international brand, Might is now embarking on a new automotive project to make this ambition a reality.

The automotive industry is saturated and only the strongest will be able to compete and survive.

Less innovative ones are either taken over or merged with stronger ones.

Founded in 1927, Volvo still couldn’t compete successfully with highly innovative players in the international market before it was sold to Ford in 1999.

Jaguar, a British innovation, faced the same fate and is now controlled by Tata Motors of India.

Instead of relying only on their own brands, they prefer taking control of established automakers, which have decades of technological know-how and reliability to forge ahead.

They retain their less established brands to cater for the low-end market. Establishing a brand is an expensive process in the automotive industry.

To start anew without the support of an established player will be difficult; the chances of success are extremely low.

Otherwise, Geely and Tata wouldn’t have been willing to pay a huge premium to acquire Volvo and Jaguar.

We haven’t lost control of Proton as yet. Geely only acquired 49.9% of Proton’s equity so the controlling interest is still retained by DRB-Hicom.

Bear in mind the entire manufacturing process of Proton is still undertaken in Malaysia. we have an added advantage of tapping Geely’s technological know-how as well as its marketing network, apart from the employment opportunities offered to locals.

Gaining a 1% share of the automobile market in China will greatly improve Proton’s ability to grow and become profitable in the near future.

The automotive industry is too competitive and our country is not in a position to withstand another failed attempt. 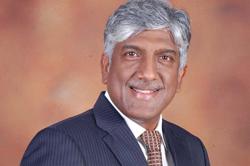 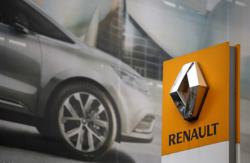