ipaderma240417 4... A Saya Sudah Berikrar card belongong to a pledged organ donor, containing details on where to look up and who to call for those who wish to sign up and make their pledge.

THE letter “Radical option for organ transplant” (The Star, Aug 2) by Gomez Jacob was an interesting opinion in response to the recent reports in The Star on the stalemate in the organ transplant programme in Malaysia. This sorry state resulted from both the high number of patients with organ failure and the miserably low organ donation rate by Malaysians who otherwise are generally perceived as a caring lot!

Globally, no country officially permits or openly condones and practises the buying and selling of human organs. The Iranian model cited by Jacob involves a state regulated price tag of US$1,200 which is paid to the live kidney donor, with options of topping up by some charitable organisations if needed.

This model has not been replicated elsewhere and was criticised by ethicists as it favours the rich, and most live donors would be from the poorer section of society.

The buying and selling of organs had been proposed by many and is illicitly practised elsewhere by professionals against their country’s regulations. Allowing and encouraging this practice will relegate the acts of altruism, kindness and sacrifice generally associated with organ donation to an act of trading, where the organs are treated as a commodity subject to monetary values and perhaps offered to the highest bidder.

Even if these reasons are pushed aside, the proposed scheme does not answer the more desperate need for liver, lung and heart transplants. The reason for the high waiting list for kidney transplants is the availability of more affordable dialysis treatments to support patients with end-stage renal failure before a transplant is possible. Patients with end-stage heart failure, liver failure or lung failure have no chance to live in the absence of a viable organ transplant programme. These require a functional and successful cadaveric/deceased donor programme.

Hence, the notion that there is no patient on the “waiting list” or only small number of patients need these organs is misleading. In the past few months, at least three public appeals from Malaysians for donations to support liver transplant in China have been reported by the media.

The higher morbidity and mortality associated with live donor liver donation means that any viable national organ transplant programme for liver, and definitely for pancreas, heart and lung, has to rely on the deceased donor programme and not on paid live donors as suggested by Jacob.

The fact that these countries, and all the other countries which report much higher organ donation rates than Malaysia, achieved such success not by permitting or promoting the buying and selling of organs should not push us, out of desperation, to start a new system of commodifying various organs and placing a monetary label and price tag for these life-saving procedures.

By the way, Malaysians who serve as middlemen, arranging and sending patients overseas to buy organs, may not realise that such acts may be subjected to the Anti-Trafficking in Persons Act 2007, which has the following elements:

1. Extraterritorial element of jurisdiction, and

2. The definition of “exploitation” in the Act includes “the removal of human organs”.

Meanwhile, there are many other initiatives and efforts which the public, professionals and the authorities can consider to introduce or implement in order to invigorate the terribly sluggish local transplantation programme and overcome the current impasse that is driving desperate patients and relatives to look for alternative sources of organs via illegal means.

Jacob’s feedback is welcomed as it could encourage the citizens of this country to come out, write, speak and discuss this difficult subject of organ donation and transplantation, which is regarded as taboo by many.

A long-term solution to prevent various organ failure cases is to manage the risk factors at the community and public health level. However, judging by the more than 40,000 patients with end-stage kidney failure on dialysis in this country, the issue definitely affects many of us either as patients, parents, spouses, family, relatives, friends, neighbours or employers.

Unless the subject of organ donation and transplantation is openly discussed, and a clear national strategy is implemented to promote and prioritise organ transplantation, this country will see a new dialysis unit being opened up every few weeks or months, and public appeals to travel overseas for liver transplants will continue to make headlines from time to time. 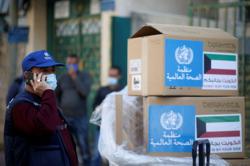