On the alert for cyberbullying 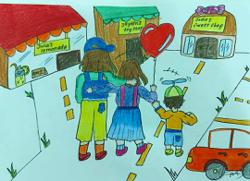 Many parents worry that cyberbullying doesn’t stop even when the child leaves school. — 123rf.com

ADVANCES in technology and better Internet access have enabled more Malaysians, including children, to explore the virtual world.

Unfortunately, the technology has also exposed our children to another problem – cyber harassment, which includes cyberbullying.

Cyberbullying among students is more

In total, there were 1,524 cyberbullying cases recorded in the past five years.

Although the number is low compared with more than five million students nationwide, I would like to stress that the statistics are based on reported cases.

A survey by DIGI Telecommunications Sdn Bhd and Telenor Group last year revealed that one in four students admitted they had experienced cyberbullying.

Surprisingly, 37% of students in school have admitted that they had encountered or were previously involved with cyberbullying.

A global study published in the “2016 Norton Cyber Security Insights Report: Family Edition” also reveals that only 10% of Malaysian parents reported that their child was cyberbullied. However, 40% of them believed their children are more likely to be bullied online than on a playground.

I am sure cyberbullying is more serious than what has been reported as many victims chose to suffer in silence for various reasons.

Among them is fear of being ridiculed or ostracised by friends in or out of school.

For instance, students who are constantly being denigrated and humiliated on social media may suffer from low self-esteem and would not be keen to study or join activities at school. This would eventually lead to depression, which may also make them suicidal.

To overcome cyberbullying, I would like to advise students to install applications that could protect their computers and social media accounts, as they must never share their personal information with others.

At the same time, they should also not share their pictures or entertain those who try to bully them online.

Parents and teachers must always monitor the online activities of their children and students to ensure that they are not influenced by negative elements. They must also know how to identify the signs that indicate a child is being cyberbullied. These include nervousness when receiving messages or email, avoiding a device or using it excessively, refusing to go to school and becoming defensive or secretive about online activity.

I hope the authorities will address this problem through various ways including introducing legislation. We have to accept the fact that cyberbullying is a serious issue as it could slowly but surely affect our children and the whole community itself. 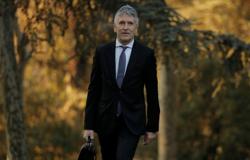