Ease the journey for those learning English 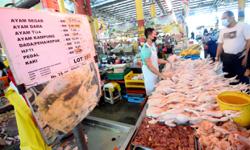 DEPUTY Prime Minister Datuk Seri Dr Ahmad Zahid Hamidi’s speech at the United Nations General Assembly (UNGA) was ridiculed badly by Malaysian netizens because his English was not exactly up to par.

However, I hugely agree with the article “The importance of taking the harder option” (The Star, Sept 29) that it was brave of him to try. He could have spoken in Bahasa Malaysia, played the nationalistic card while proudly claiming to be the first Malaysian leader to use the national language on the international stage at the UN, but he did not.