The concept of wealth in Islam 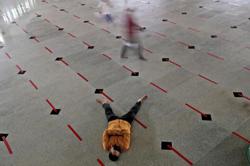 IN ISLAM, it is understood that the real owner of all wealth is Allah. Man only owns wealth by proxy as guardian for which purpose he has been made vicegerent (khalifah) of Allah on earth.

Unlike capitalism and socialism which believe that man – in his quest for wealth – must deal with scarcity of resources, Islam views the concept of wealth differently.

In Islam, wealth is considered a bounty of God and thus it is not scarce, for Allah says: “God is rich but you are poor” (Muhammad:38).

What is actually scarce is the ability of mankind to utilise the bounties of God. The situation is worsened by their inability to explore new resources due to the limitation of knowledge.

Islam regards wealth as a means of human satisfaction in his endeavour to attain al-falah or prosperity that leads to a good life in this world and hereafter. Therefore the quest for wealth is not condemned in Islam.

Yet each individual Muslim is bound to work as it is a means to accumulate wealth in his search for his livelihood as Allah says: “He it is who made the earth smooth for you, therefore go about in the spacious sides thereof, and eat of His sustenance, and to Him is the return after death.” (al-Mulk:15)

Needless to say, Muslims must follow all the commandments of Allah, as such those who fail to do so are condemned.

However in their quest for wealth they must observe that all economic activities must not bear any elements that contravene syariah principles. Therefore man should manage wealth in accordance with the syariah requirement.

Good wealth management is important, because any possessions or assets would not grow without proper planning and implementation. In contemporary terminology, it is known as financial planning.

The concept can be recognised as Islamic financial planning by adding a clause that it must comply with syariah requirements.

What is important is to ensure that whatever activities pertaining to wealth creation, wealth accumulation, wealth protection or wealth distribution must comply with the syariah.

Therefore instead of dealing with insurance, Muslims should opt for takaful; instead of investing in non-halal shares, they should only buy shares or stocks that are approved by the syariah advisory board.

On top of paying tax, they must also pay zakat and should be great-hearted and chivalrous.

Muslims believe that their lifespan does not end upon death as there is another life after the worldly death. This worldly life is a breeding ground for the fruits to be enjoyed in the life hereafter.

Therefore when they plan for something, they should consider this criterion and, as such, their financial planning should also stretch to cover life in the hereafter as well.

Thus, by having proper financial planning and implementation, Muslims will strike a balance between fulfilling his needs and wants and executing religious obligations.

Adherence to religious teachings – in this context – will definitely prevent any hostility that often occurs among people while engaging in economic activities especially when wealth and money are considered the most important elements in society.

This ill feeling has been clearly spelt out by the Prophet when he says, “The heart of an old man remains young in two respects: his love for the world (its wealth, amusements and luxuries) and his incessant hope.” (as narrated by Abu Hurairah)

For this reason, the wealth in Islam may function as a means of trial and test to find out the level of faith of an individual in Allah; whether he is a true Muslim or vice versa.

Nonetheless, Islam highly encourages its believers to be financially stable for the reason that poverty or hardness among Muslims may lead them to infidelity.

In spite of this encouragement, they must bear in mind that the acquisition of wealth and the usage of possessions should be in a proper manner and must be in accordance with the syariah as in one hadis of the Prophet, it is reported that every single man an woman will not proceed to subsequent proceeding in the hereafter until he is asked about how he acquired and spent his property.