Law firm is 100 and going strong

It survived two World Wars, great depression eras and the administration of several governments. At 100 years old today, the firm Shearn Delamore & Co is still in robust health. CHELSEA L.Y. NG finds out the secret behind its sense of vitality.

AT the tail end of the 19th century, a group of lawyers sailed to Malaya from London to provide legal services for the plantation community here.

One of them was John Gurdon Turner Pooley, who introduced his legal practice in 1905 under the name Pooley & Co.

In 1911, Pooley etched his name permanently in Malaya’s legal history when he defended the wife of William Proudlock, the acting headmaster of Victoria Institution here, who had been charged with the murder of a 34-year-old engineering consultant.

The young woman’s claim that she did it to prevent the Englishman from raping her did not save her. She was found guilty but was later pardoned by a Ruler.

The case went on to spawn four films between 1929 and 1981, with one electrifying performance played by a young Bette Davis in 1940.

Pooley kept the practice going with little awareness that the firm would continue for many more decades, albeit under the name Shearn Delamore & Co. And it is still growing even at the ripe age of 100 years.

The firm’s current name was carved in 1938 when its four founding partners joined forces. They are E.D. Shearn, A.W. Delamore, F.G. Charlesworth and J.D. Tosswill.

Delamore and Tosswill were partners in Ford & Delamore, which merged with Pooley & Co, where Shearn and Charlesworth were partners.

Shearn made headlines in the 1950s when he appeared before the Singapore courts in the infamous custody battle that led to the Maria Hertogh race riots in December 1950.

Born a Dutch Catholic, Maria Bertha Hertogh had been brought up by a Muslim foster family while her parents were interned during the war.

Her biological mother sought her return after she was released from internment, but the child’s Malay foster mother refused. This resulted in the court battle, where Shearn represented the Hertoghs.

The case received sensational coverage by both the European and local press. By the time the judge found for the Hertoghs, Maria had been married to a Muslim and the situation fuelled anti-European riots.

Fielding court battles was, however, not the only thing Shearn engaged in. He was very much involved in setting up a Bar Council for the Malayan lawyers.

In 1947, he earned the distinction of being appointed the founding chairman of the Malayan Bar Council.

His partner, Delamore, was involved in slightly different extra curricular activities. Born in New Zealand, Delamore fought in the First World War and was wounded and repatriated in 1917.

He came to practise in Malaya in 1920 and later became president of the Turf Club. He retired to Australia and died in 1959.

As the Second World War began, some of the partners had to abandon battles in court for combat against the Japanese.

The book attributed the firm’s long-term success to the warmth and trust shared by its partners, even from the time of the founding group.

“It was the early partners’ combination of essential decency and driving professionalism that laid the foundations that were to carry the firm through to the thriving, modern practice that it is today,” it says.

Even then, when the Shearn offices had a rather Dickensian atmosphere – high walls, a broken air conditioner and wooden floorboards – the firm continued to make marks in the legal annals.

Its current managing partner, Datuk Cecil Abraham, remembered the time when he joined the firm as a pupil in May 1969.

“The office was stationed at the building at No 2, Benteng, which previously housed the John Littles Departmental Store.

There were only five partners and 10 legal assistants occupying two floors. We moved up and down using a hand operated lift.”

Abraham said the wooden floor in the office made creaking sounds when someone walked on it.

He also fondly remembered the operator of the lift, an old man called Samy, and the lift that functioned solely via a hand crank.

“If the gate was not properly closed or fastened, the lift would not move. Samy was also very protective of the lift. No one was supposed to play with it,” said Abraham.

Partner Lorraine Cheah, who joined as a pupil in 1988, said she and her peers used to play in the lift then, much to the annoyance of Samy, who finally thought of a way to curb the naughty youngsters from engaging in such recreation.

He simply removed the latch and took it with him whenever he was not running the lift!

The firm eventually outgrew the building and moved to the Hong Kong & Shanghai Bank and the Wisma Hamzah-Kwong Hing buildings.

Now it is one of the largest legal firms in Malaysia with over 90 lawyers and 300 support staff members.

Abraham attributed the firm's vitality to having good and competent lawyers.

“We managed to stay competitive over the years by keeping up with new technologies and keeping abreast with legal developments in Malaysia and abroad.

“We have also maintained a system of pupilage whereby pupils with good grades, the ability to handle legal work in a confident manner and relate to clients are recruited and trained,” he said.

Under a funding scheme for students, he said, scholarships are given to good law undergraduates of Universiti Malaya and the International Islamic University who would later be offered opportunities for a training contract with the firm.

This scheme helps the firm to scout for new talents and to maintain a good balance of old and new blood.

Under the stewardship of Abraham, Shearn Delamore became a pioneering law firm in computerisation by being the first in the country to develop and use its own in-house local law report database for case-law research.

The firm has also been exploiting information technology for the benefit of its clients since the 1980s.

With such rigorous efforts to keep the firm competitive and trendy, it is no wonder that even until today, it continues to play a significant role in shaping important landmark cases in the country's legal chronicles. 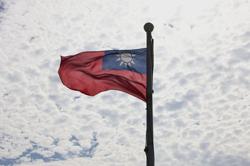 Consider the pedestrians
In the right hands, schools can foster unity
More support for digital technology
All manner of litterbugs
All is well at train station
Learn to live with the reality of change
Initiatives to build green communities
Steps to improve food production
Landmark vote on right to clean environment
Introduce whistleblower hotline for athletes to report sexual abuse