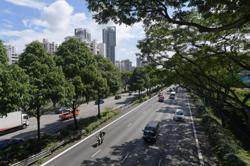 THE fact that death occurs as a result of road accidents is a form of Qada’ and Qadar (predestination) from the Islamic religious perspective. Theologically, such a death would not have happened had Allah not allowed it to happen.

According to Islamic sources, the lifespan of a human being was fixed well before his birth.

But only Allah knows for how long a person will live.

Therefore, in Islam, an individual is commended to safeguard his life and the lives of others.

To inflict harm upon oneself or to commit suicide is haram (illegal), more so deliberately causing the death of other innocent lives.

In one hadith, the prophet was quoted to have said whenever a person needs to carry around his sword, he must cover its sharp head so as not to injure any other person.

In another, we were asked not to exchange uncovered swords to avoid harming ourselves.

The prophet also prohibited us to point a weapon at others (for no purpose or as a joke) for fear Satan might inspire the use of it without intention.

Now the cars that are being driven daily by almost all of us are more dangerous than the uncovered sword mentioned in the hadiths, as these modern inventions could practically kill their victims almost at once.

Recent events have testified to this.

Thousands of road accidents occurred during the Hari Raya period and many deaths were reported.

Many of these accidents were said to have been caused primarily by human factors.

According to Shariah, road users owe a duty of care to others so that no damage or injury is caused to others who also use the road.

Thus, those who ride on animals or drive vehicles carrying loads must ensure that nothing will fall and cause damage to others.

Therefore, if death or injury is caused due to a failure to do so, then the person is liable for such negligence.

The rider or driver has the duty to tie up the load properly so that it will not become a source of danger to other people.

Article 926 of Majallah (The Islamic Civil Code of the Ottoman Empire) says: “Everyone has a right of passage on the public road but on the condition of safety, that is to say, he is bound by the condition not to cause damage to others in circumstances where it is possible to guard against it. So when a load which is on the back of a porter falls and destroys someone’s property he is liable for it.”

The Council of the Islamic Fiqh (Jurisprudence) Academy of the Organisation of Islamic Conference during its eighth session in Bandar Sri Begawan from June 21 to 27 June, 1993 came out with the following resolution concerning traffic accidents from the Shariah viewpoint:

“Having looked upon the research papers presented and submitted to the council concerning ‘traffic accidents’ and having listened to the discussions that took place about the matter and given the fact that traffic accidents have become so common that these have been a source a danger to both the life and property of the general public and in view of the need to ensure safety relating to the soundness of vehicles, procedure regarding transfer of ownership, driving licence and adequate precaution exercised in granting driving licences with all the attached conditions pertaining to age, ability, sight and overall sound knowledge of traffic regulations and the need to comply with them and the need to maintain reasonable speed limits and bearable loads, the academy resolves that:

·Compliance with all those regulations that do not contradict the Shariah is obligatory according to the Shariah, being part of an obligation to obey the head of state in respect of procedures he formulates and introduces according to the principle of al-masalih al-mursalah (Islamic public policy consideration).

·Deterrent measures of various types and forms are part of the policy required by the maslahah which may include monetary fine based on the doctrine of ta’zir imposed on those who contravene the directions aimed at organising the traffic to deter any vehicle owner from exposing people’s lives to danger on the roads and marketplace, in line with established Islamic rule of hisbah.

·Accidents resulting from the use of vehicles are subject to and governed by the rules governing jinayat as laid down in the Shariah even though most cases fall under the category of khata’ or accidental acts. A driver is thus liable for damage he causes to life or property if he is at fault provided loss or damage has actually been caused. He will not be exempted from such liability unless the accident was caused:

ii) Mainly by the injured party, or

iii) By a third party or his wrongful act in which case the third party is to be held liable instead.

·When the damage was caused by the acts of both the injured party and the driver, each of them would be liable for his act that affects the other, be it in respect of life or property.

i) The general rule is that one who has directly caused the damage is liable even though he is not at fault. On the other hand, one who has done so indirectly is not liable unless he is at fault or negligent.

ii) If the damage is the result of the acts of both the mubasshir (direct doer) and the mutasabbib (indirect doer), then liability shall be on the first unless the second is exclusively at fault.

iii) When there are two different causes, each of which is sufficient in itself to cause the damage, then each relevant party is liable according to the proportion of his role in causing the damage.