Hassle for couple trying to change to MyKad

BOTH my wife and I took leave from work on a recent Saturday to change our old identity cards at the National Registration branch office at Setapak at about 7.15am.

It took us more than half an hour to find a parking lot, only to be told later that the queue numbers for the day had all been given out. We were told to return on the next working day.

The second time we went was on a Thursday. This time we waited at the branch office of Menara MPAJ from 6.45am till 8am when the door of MPAJ opened.

How disappointed and frustrated we were when we learnt from the guard that the national registration branch office had moved to Taman Maluri.

We were advised by this kind pak cik that it would be pointless to rush there as the queue numbers for the morning session would have been given out.

He told us to go there in the afternoon at 2.45pm to secure our number. However, he advised us to be early so as not to be disappointed again.

If changing identity cards to the MyKad is such a hassle, I wonder why the registration department can’t look into ways to improve its operations?

Selangor return early due to increase in Covid-19 cases 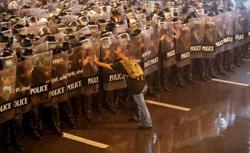