From the shadows to front lines

Little was known about Kenyan High Commissioner James K. Karuga in his six years in Kuala Lumpur, but that won’t be for long. The new Dean of the Diplomatic Corps tells PAUL GABRIEL how the diplomatic landscape will change for him.

WHEN the post of Dean of the Diplomatic Corps fell vacant earlier this month, several names were bandied about as possible replacements. The successor was to come from the diplomatic consultative council, in which the most senior head of mission from each continent is represented.

The job finally fell on the shoulders of Kenya’s James K. Karuga, who was posted as his country’s first head of mission here in 1997.

The appointment was also a first for Africa as none of its representatives are known to have spearheaded the diplomatic missions here.

And the 57-year-old Kenyan appears set to move from the shadows to the front lines of diplomacy.

While many continue to ask “James, who?” Karuga is finding his footing by tending to the demands of the job – such as gracing official functions, briefing newly-posted ambassadors and bidding farewell to outgoing colleagues.

Ironically, the two heads of mission whom he has seen off thus far are from his “inner circle” – Namibia and Nigeria.

Karuga, who also heads the African Diplomatic Corps, faces the challenge of breaking free from his strong African bonding to strike a fair balance between his “dual” roles.

“Although my appointment is an honour for Africa, I will have to be fair and just to all in my work.”

Karuga took over the diplomatic helm on July 2 from former Polish Ambassador Marek Paszucha, whom Wisma Putra and fellow diplomats have paid tribute to for his sterling role in promoting liaison between the Malaysian Government and the diplomatic community.

The latest news is that the Malaysian Government has decided to bestow Paszucha with the Panglima Jasa Negara award, which carries the title Datuk (First Class).

Filling Paszucha’s shoes will be quite a task, and Karuga jokes that he is swimming extra laps in the pool of his Bukit Damansara residence to toughen up! “I am even trying to play more rounds of golf,” he says.

But, he says, there is more to the job than mere formalities.

“If there are problems faced by the diplomatic corps, my job will be to present the case to the Malaysian authorities in a collective manner. This could involve matters such as security problems in their residential areas, or adverse reports in the press concerning their countries.”

Karuga points out the concern among his African circle of the local media’s tendency to generalise when it comes to crimes committed by African nationals in Malaysia.

“It would often be highlighted that the culprit is an African, with no reference to the particular country. This affects the image of all of Africa and it’s unfair,” he says.

“One should name the country of origin. Don’t just say that a huge African was caught for having drugs. If someone from Europe were to run into trouble here, it is not reported as a European committing a crime,” he points out.

Although the dean holds no “extra powers”, Karuga can count on added support when needed.

The police, he assures, will enjoy the full co-operation of the corps in solving crimes involving foreigners.

“We have always worked with the police. In fact, the African Diplomatic Corps has helped to deport stowaways arriving on ships. We meet regularly to discuss these problems.”

Karuga, who is accredited to the Philippines, Thailand and Indonesia, predicts his workload could increase with more countries wanting to set up missions here.

“Malaysia’s pole position in international affairs, coupled with your political and economic stability, will see the number of diplomatic missions grow,” he says.

“We receive news constantly that some country wants to establish an embassy here. Most of the major African nations are already represented here.”

Sixteen African nations have set up missions in Malaysia, with Senegal being the latest to do so.

While Karuga gets accustomed to his added responsibilities, he hasn’t forgotten his priority here – promoting ties between Kenya and Malaysia.

It should be noted that the Kenyan mission in KL, which opened in 1997, is the country’s sole diplomatic presence in South-East Asia.

When describing his homeland, which is one of the world’s major safari destinations, Karuga becomes very animated.

Kenya is also known as the “cradle of mankind” as some of the earliest evidence of man’s ancestors have been found there.

In the present day, Kenya’s ethnic diversity has produced a vibrant culture, he says, but this is also a source of conflict.

The lucrative tourist industry has been hit by incidents of terrorist attacks, and fears of more to follow.

“Kenya has no terrorists of its own, outsiders have been involved and we get blamed for what they do,” he argues.

Born in Thika, a town 30km away from Nairobi, the high commissioner predicts that Kenya will rise again under the leadership of newly-elected President Mwai Kibaki, the opposition candidate who won a landslide victory in the election last December.

“The new government has begun a series of reforms aimed at eradicating poverty, and providing free education and medical services,” he says.

“Kenya faces a serious HIV/AIDS problem, and our greatest challenge is to educate our people on preventive measures.”

His agriculture-dependent nation, he adds, is counting on a lending hand from Malaysia.

“Your Government has already helped by extending technical co-operation to us. Malaysia has been a good friend of Kenya’s.” 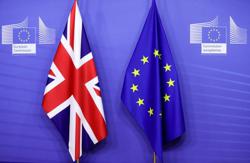 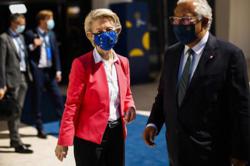