Pressure rises in the south

TENSIONS are simmering yet again in Thailand's predominantly Muslim southern provinces. The lynching of two policemen and the staging of “Al-Maunah style” arms heists at two military outposts last week manifest deep-rooted militancy and lawlessness in the region.

In the wee hours of last Monday, two groups of armed men staged daring raids into the posts in Yala and Narathiwat. At the Yala unit, one soldier was injured after a group of about 15 armed men opened fire and carted away 18 M16 assault rifles.

At the Narathiwat post, the cost was higher. The armed men sprayed bullets on sleeping soldiers and killed five of them before escaping with more than 15 firearms and grenades.

Troops pursuing the attackers were thwarted by a felled tree across the road. To make things worse, the trunk was booby-trapped with a hand grenade. Another grenade was found attached to a log barricaded across the next road.

Thai police are still trying to figure out the identities of the attackers and their motives. There are a myriad of theories, even from within the government.

Interior Minister Wan Muhamad Matha, who comes from the region, even suggested that it could have been the work of drug traffickers working within Malaysian territory.

Prime Minister Thaksin Shinawatra surmised that the likely culprits were armed separatists, who had in the past waged a violent armed struggle for an independent Muslim homeland.

But the Pattani United Liberation Organisation (Pulo) that was responsible for much of the violence in previous decades has denied involvement, according to its leaders now living in exile in Sweden.

Pulo and other minor separatist groups, including Barisan Revolusi Nasional, accepted the government's offer of a blanket amnesty in the 1980s and surrendered their weapons.

The respite, however, was brief. The lava of discontent that made up much of the political undercurrents throughout the 80s and 90s resumed its flow with a new spate of violent acts targeted at security forces in 2001. Last year, 20 policemen were killed, mostly by sniper fire.

Defence Minister Gen Thamsarak Isarankura initially said the armed men were probably “ordinary bandits” although the planning and execution of the arms heist reflected a high degree of precision. The next day, however, he said the weapons could have been grabbed for the resurrection of an armed separatist group or to be sent to rebel forces outside the country.

The commander of the Fourth Region Army, Lt-Gen Songkiti Jakkabart, is now under intense pressure to track down the raiders. So are two other senior security officials, Deputy Police Chief Kowit Wattana and Deputy Interior Permanent Secretary Siva Saengmanee.

“We need to fight together now. Bad things were able to happen because we were weak and disunited,” said Gen Thammarak after giving Lt-Gen Songkiti the authority to use force in 14 southern districts if violence occurred.

If the looting of army outposts shocked the authorities out of complacency, the lynching of two policemen, in full view of about 100 of their armed friends who had been assigned to protect them, certainly sent shivers down their spines.

Barely 24 hours before the arms heists, a 1,000-strong mob in Narathiwat's Ra-ngae district killed the two policemen by whacking them with sticks, stones, bottles and then trampling on them.

The plainclothes cops had been detained by villagers who accused them of being members of a mysterious black-garbed “ninja robbery gang” operating in their area.

The provincial governor, police chief and district chief had earlier negotiated the release of the two policemen who were held in the home of a village head. But the frenzied crowd unleashed their fury when the authorities did not give them an assurance that the cops would be tried in court.

Deep mistrust of the government, corruption-prone bureaucracy and the dismal failure of local administrators to reach out to the people in the culturally and religiously different region have been identified as some of the reasons for the anger and resentment.

Nimu Makaje, deputy chairman of the Yala Islamic Committee, blamed the government's unclear direction and policies for the resurgence of violence.

Abdullah Habru of the College of Islamic Studies in Pattani agrees. “The mob killing of policemen is a lesson for the government to review the security policy in the south and mend its relationship with the community,” he said.

It is only too obvious that the government has to act quickly to restore stability to the region that has lagged behind the rest of the country for decades. Investors, including several Malaysian firms that have palm oil refineries and manufacture downstream products of the rubber industry, desperately need reassurance. 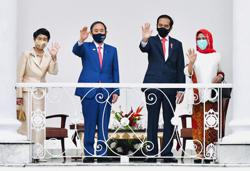 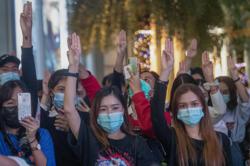