Malaysia not 'dictating to Singapore'

Malaysia has been accused by Singapore of dictating to the island republic in their water negotiations and changing its position constantly. The republic knows that if this is the case there will be no negotiations to start with. Instead, Malaysia would have resorted to unilateral action, writes MERGAWATI ZULFAKAR

IN 1998, Malaysia agreed to go into negotiations with Singapore to settle a package of bilateral issues with the intention of forging a win-win situation for both countries.

Through the years, Kuala Lumpur has been trying to accommodate and reach a compromise with its southern neighbour, especially on the water issue.

Thus, Malaysia was disgusted when Singapore blatantly accused Malaysia last weekend of dictating to Singapore in their negotiations and that difficulties arose because Malaysia repeatedly changed its position and shifted the “goalposts” each time an agreement was nearing.

Foreign Minister Datuk Seri Syed Hamid Albar said if Malaysia was dictating, unreasonable and insincere, it would not have waited for years and would have gone through the legal process from the start.

“Why does our Prime Minister get involved? Ministers and officials get involved? This shows that it is not at the dictates of Malaysia.

“We bring them into the whole discussion and table it to them, ask them to look at it. If it is at the dictates of Malaysia, we would have taken unilateral action,” he said in a media briefing yesterday to rebut Singapore's accusation that Malaysia was the cause of the impasse in negotiations.

On the other hand, he gave an example of how Senior Minister Lee Kuan Yew was trying to dictate when he came to see Prime Minister Datuk Seri Dr Mahathir Mohamad in 2001.

“When he saw Dr Mahathir, he said 'we agreed to a price review for raw water at 30 sen as (what) you charge Malacca.' We said 'cannot' because Malacca is a Malaysian state.

“Then he said 45 sen. We did not want negotiations to break down and we came back with 60 sen.”

It was the same when Malaysia was working out how much it cost for them to produce Newater when Prime Minister Goh Chok Tong proposed to peg the price of future water to an agreed percentage of the cost of the alternative source of water.

“When we said that Singapore's calculation must be based on recycled and desalination, they said cannot. All the time, they dictated. So who is dictating to whom?”

Syed Hamid said in any negotiation, no position would remain static.

“That's why it is a negotiation. We begin with something ... so that at the end of it, we hope we can come to a solution that is satisfactory to both sides.

“The leaders of both countries had laid down the parameters to guide the ministers and officials in their negotiations.

“It will be unfair for anybody to say that Malaysia is fickle or that it keeps on changing its position,” he added.

Syed Hamid said Singapore had kept on insisting that Malaysia had lost its legal rights for a price review after 25 years of the signing of the 1961 and 1962 water agreements when the clauses in the agreements clearly stated otherwise.

“All these negotiations were done thinking that they were doing us a favour – which I think is not acceptable. They should have told us earlier that they can't negotiate because they feel we do not have the legal right.

“When we discussed about water, in our mind it was clear that the question of price review was not in dispute.

“We are surprised that Singapore subsequently, after all the negotiations, said we have lost our rights. In fact, we have been misled.

“The letters, either from Senior Minister (Lee Kuan Yew) or Prime Minister (Goh Chok Tong) show that they have accepted the fact of a right to review,” he said.

“Have they forgotten how much they charge, from our water at 3 sen per 1,000 gallons to their domestic consumers whom they charge S$1.17 per cubic metre?

On Singapore's harping that Malaysia had breached the sanctity of the Separation Agreement by not honouring the water agreements, Syed Hamid said it was an agreement that established Singapore.

He said while water was in it, it did not mention the price.

“The price continues to be governed by the (water) agreements.

“The agreement does not say that Malaysia shall never, so long as the two countries remain separated, review the price of its water. There is nothing mentioned.”

“The agreement also contained (permission) allowing us to use Woodlands (naval base). What do they do? They did not chuck us out, they just increased the rent.” (Malaysia moved out of Woodlands in 1997.)

Syed Hamid said it was clearly stated in the spirit of the agreement that Malaysia should always have the use of Woodlands for the purposes of its external defence.

On Singapore accusing Malaysia of unilaterally deciding to take the water price revision out of the package, Syed Hamid said Malaysia had informed Singapore of its intention to decouple the water issue in their September meeting.

“We told them we want to decouple because it was not moving. I said if there was an impasse, let's go for arbitration. But (Singaporean foreign minister) Jayakumar wanted the talks to be given another chance. That was when officials met again in October, and their officials understood when they went for their meeting that water had been decoupled.”

Jayakumar had claimed that Malaysia only informed Singapore of this decision when Dr Mahathir met Goh last October. He also said the price review had already been raised in 1971 when Tun Abdul Razak was Prime Minister.

“When Singapore did not want to discuss (this), we accepted it because the question for review did not crop up. . We were just talking as neighbours.”

Syed Hamid said Malaysia had shown a lot of patience and restraint all these years.

“We have never said anything about them creating problems for us. So we are a bit confused when Singapore said we have not stuck to our part of the bargain.”

Distorting facts may be Singapore's way of negotiating an issue but facts will not lie when presented for arbitration. 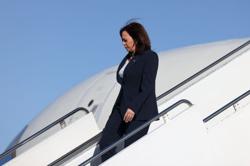