Where are our Usain Bolts? THE tough global economic environment is not going to do us any favours in 2016, requiring from us instead steely resolve and resilience to rise above and better ourselves.

Instead of professing and caving in to gloom and doom, we must focus on the positive attributes of becoming globally competitive.

Curious about the Government’s role in supporting local entrepreneurs, recently, a young entrepreneur sought my views on how start-ups like her online fashion business could weather challenges and become competitive.

Natalie is but one of tens of thousands of Malaysian entrepreneurs innovating to nurture their ideas into full-fledged businesses. Laden with big ambitions, many like her hope to succeed in their chosen areas and many do. Many will also concur that entrepreneurship is not without challenges.

Ceaseless criticisms have been levelled on the Government for not doing enough to facilitate a good enough environment for businesses to thrive. Cynics who have never truly taken the trouble to understand are only too happy to heckle from the side-lines. They claim that the National Transformation Programme (NTP) has failed because market conditions today are tough.

Firstly, I am unsure where these people got the impression that doing business should be as easy as a walk in the park. Secondly, let’s take a step back to understand how the Government intends to build a level-playing field for businesses under the NTP.

In formulating the Economic Transformation Programme (ETP), which is a component of the NTP geared towards creating a more sustainable economy, two things had to be done.

Focus on sectors that deliver a sustainable share of investments to drive the economy. These sectors arose from 12 NKEAs ranked and deliberated from a series of labs of 1,000 people covering industry and subject matter experts. Conditions for competitiveness to flourish were also determined and housed under the six Strategic Reform Initiatives (SRIs).

For SRIs, there have been milestone developments in the course of our progress. I will highlight a few:

> The World Bank in its Ease of Doing Business Report 2015 ranked Malaysia 18th out of 189 economies in the world due to reforms in business registration requirements, enabling companies to focus on businesses instead of being bogged with regulations.

> Under the Competition Act 2010, the Malaysian Competition Commission (MyCC) was established to protect the competitive process for the benefit of businesses, consumers and the economy. From a mere eight complaints received by MyCC in 2012 to 224 complaints as at November 2015, this reflects an increase in awareness of the law and its implications

> Plugging Malaysia into the global economy, 18 sectors under professional services, education services, wholesale and retail and telecommunications were liberalised between 2011 and 2015. To create a more level-playing field, in March 2015, the Services Sector Blueprint was launched to remove structural barriers and outdated regulations.

The Government will continue to create conditions to promote ideal conditions but who competes? Who becomes the athlete in the arena?

The firms. The entrepreneurs. These are the athletes who must train (innovate), run (compete) and become champions.

The Government is not in the business of telling a company how to produce a better product, improve processes or how to run the board. It is the responsibility of the CEOs, the marketing teams and employees of firms who must race their competitors.

The only way to win is by getting your products to have better economies of scale, be well designed that they are a class above your competitor’s. This is what athletes do. They are relentless in their pursuit to win.

I know of a very successful businessman in Sri Lanka. All he does is make caps and these are exported to many other countries. His goal was to outdo competitors by keeping costs as low as possible so his pricing is unbeatable.

Truth be told, winners are born when they are obsessed about competitiveness. Crutches, hand-holding and market protectionism may lead to short-term gains but how does a company truly ready itself for the gritty reality in the long haul?

1. Hire the best talents. Regardless of race – whether they are Malays, Chinese, Indians, Dayaks or in my case, Kelabits. Hire them and give them the space to innovate and deliver. If necessary, hire foreigners too. They bring different perspectives that may help you problem-solve and conquer new markets.

2. Identify the target customer segments to ascertain the source of demand.

3. Determine the unique customer value proposition – what sets your product apart from the rest, and constantly tweak and improve.

4. Communicate why your product is unique and give as much evidence as you can.

5. Be clear about the trade-offs – what you are willing to gain and lose? This is to facilitate prioritisation and aid pricing decisions

Many years ago, at the Shell distillery in Bintulu, we were at wit’s end to solve the problem of making profits from selling natural gas derivatives in the form of diesel to motorists and lighting kerosene to the mass market.

Applying the above steps, we turned the situation around by simply changing the target audience to oil companies and flipping the product as drilling fluid. Cheaper than esters used in drilling fluid, diesel had better technicalities suited to this environment. Having found a compelling value proposition, the trade-off was that we held back on servicing – the clients had to take them as they were or else we would be driving up cost.

The kerosene, meanwhile, being non-toxic, without soot and odourless, flew off the shelves of Australian supermarkets at premium prices as barbecue lighting fuel under what came to be a popular brand. We gave in to the buyer’s request of removing any mention about where it was made when they agreed with our asking price. That was the trade-off.

I’ve often reflected upon what really creates winners. The common thread is the fire in their bellies to compete and beat the rest.

The stories I cite here are just some of the few. We do have successful Malaysian “athletes” competing globally and they are exemplary.

We need to replicate these success stories. We need Malaysia’s own versions of Usain Bolts – athletes with an undying hunger to win. Only then can we have more of our businesses stand shoulder to shoulder with foreign competitors and give them a run for their money.

Datuk Seri Idris Jala is CEO of Pemandu, the Performance Management and Delivery Unit. Fair and reasonable comments are most welcome at idrisjala@pemandu.gov.my 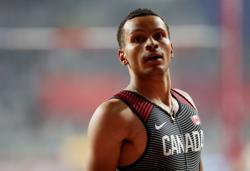 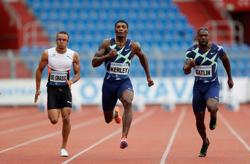 Out of this world cultural relics
Going forward with backwards climax Premium
Register, keep your appointment – let’s all heal faster
A timely royal meeting
A for effort
Alarm bells go off for Terengganu MB Premium
Get vaccinated and reclaim your life
Spotlight on the King’s fact-finding mission Premium
Instilling vaccine confidence
In the dark for 45 years