The compassionate face of Islam

MUSLIMS should welcome the announcement by Datuk Dr Mujahid Yusof Rawa, the Minister in the Prime Minister’s Department in charge of religious affairs, that it will be the government’s policy to promote compassionate Islam.

Actually, I believe there is only an “Islam” whose teachings are primarily compassionate, a blessing and merciful. Anyone who reads the Quran will know that it describes itself as a “healing and a mercy to those who believe” (Al Isra (17) verse 82).

In fact, the Holy Prophet Muhammad himself is described in the Quran as rahmatan lil Alamiin for the whole world and the creations (Al Anbiya (21): verse 107).

Essentially, rahmah means love or affection and is often understood to mean the love of God for mankind and His creations where He has provided everything they need to develop and live on this earth. In other words, the Quran guides mankind to understand and appreciate this rahmah through its guidance.

One who reads the Quran will also appreciate that it beseeches mankind to ponder and think about life and the laws of nature to further appreciate the rahmah of God.

Dr Mujahid also pointed out the use of state resources to confront “public sins” and “private sins” to show, I believe, that any use of religious enforcement powers must be tampered with common sense and compassion.

I believe real scholars of Islam know that there is an abundance of literature that discourages the deliberate attempt to expose private sins.

For reasons which I cannot understand, Dr Mujahid has been exposed to irrelevant criticisms by some Muslim religious experts implicit within which is the assumption that he is ignorant of the discourse in these matters.

I would have thought that this would have been an opportunity for religious experts to exercise husnuzan (benefit of the doubt) and to embrace the idea of promoting the compassionate face of Islam.

Unfortunately, this was not so, and sadly, this exposed their mentality for the judgement of the public, especially by the thinking Muslims.

For the past many decades, Islam has come across as a repressive, non-tolerant, exclusive and even violent religion.

We are familiar with the Islamophobia, Islam bashing and even Muslims oppressing other Muslims in the name of the faith in some societies.

There has even been a perception for the past decades that some Muslim religious experts will not speak up against universal injustice (irrespective of the religion of the victims) unless it fits into their interpretation of the “religion” of Islam.

Increasingly, the loud religious experts are being seen as becoming irrelevant in this challenging new millennium where thoughts and technology are no longer the same even compared to just 30 years ago.

Even Muslims are beginning to realise that some of the so-called religious experts are nothing more than those schooled in some fiqh or in simple language Islamic law as if life is made up of only law.

Their contributions in the larger scheme of life appear to be minimal at best.

They are also perceived as being dictatorial with their views rather than persuasive with sound arguments. Hence, the general fear about religious experts being given political power.

Such perceptions, admittedly, are unfair to the more rational, sincere and dedicated Muslim scholars who have contributed much to the growth of Islamic literature.

It is also unfair to the image of Islam and to Muslims in general.

Hence, the need to reverse the negative narratives about Islam by some of these Muslim religious experts themselves.

Which face of Islam is the Muslims projecting is an important question that needs to be addressed.

Undoubtedly, fiqh is nonetheless important in the life of Muslims but one must also know that the teachings of Islam are beyond that.

The greater part of the 6,236 verses of the Quran is devoted to religious and moral themes while there are only about 350 “legal” verses in the Quran.

It is common knowledge among Muslims who read the Quran that for every punishment mentioned in the Quran, God provides for the forgiving of the wrongdoer.

This forgiveness part, however, has not been sufficiently highlighted such that Islam is wrongly presented as a rigid and punitive religion.

Muslims cannot continue to pretend that all is well within the Muslim world. It is not – legally, economically, socially, politically and so on.

Today, it is a tough challenge to identify a model Muslim country where there is truly justice, good governance and a place where anyone, whether Muslim or non-Muslim would like to go to and live.

These are major issues and ongoing debates among the Muslims but one that needs to be honestly addressed. I would probably touch on some of these issues in another article.

For now, I would like to state my support for the policy of projecting the compassionate face of Islam.

Malaysian Muslims must reclaim Islam by determining which “face of Islam” they want so long as it is consistent with the teachings of the Quran and most authentic Sunnah.

For more than twenty years now, a small group of us have started a movement to encourage the birth of compassionate citizens in our country because we believe that educated citizens alone cannot guarantee collective happiness.

In this world, all of us undergo various kinds and degrees of sufferings and challenges just to live whether in our personal, professional or public lives. All of us need to learn and acquire the skills of being compassionate so that we can be collectively happy.

Compassion is the experiencing of another person’s suffering accompanied by our action to remove that suffering.

For example, we know a person who is poor, we not only sympathise but we take actions to alleviate that person’s poverty in some way, not by merely giving him a token charity.

In the enforcement of laws, we use our power of enforcement in the most compassionate way possible, and not harshly.

It should never be the state’s role to merely punish the offender (and often their innocent families) when the state itself is in some way responsible for the crime occurring.

Likewise, a dogmatic or aggressive approach to religion bereft of compassion will also push some people away from God.

Why would anyone want to follow a religious expert who is always condemning others and appear to play God by insisting that only his interpretation and understanding of whatever he has read is the ultimate understanding?

So let Muslims take heed of the principle of husnuzan and the teaching of the Quran that we hear all views and take the best there from. 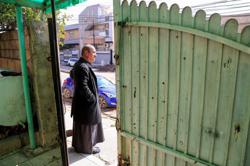