Taxes must not be too taxing

TWO months ago I received an invitation from the Treasury for a town hall session to discuss Budget 2017.

This is a good initiative by the Treasury. It shows that the Govern­ment wants to hear from individual and corporate taxpayers directly.

In April, we actually published our study on how to improve Malaysia’s budgetary processes.

We have been working with the International Budget Partnership, an international organisation based in Washington D.C., to produce the Open Budget Index.

This is a survey of the level of budget transparency that covers 102 countries.

In 2015, Malaysia scored 46 out of 100, which means only a limited amount of information is supplied to us by the Government.

So even though we scored relatively low, we are moving in the right direction.

In order to improve, there are specific steps that the Government should take.

I will not go in the details here because the full set of recommendations is available in the paper we published and can be easily downloaded from our website.

But they were all published in PDF format, which makes it extremely difficult for analysts like ourselves to examine the data presented. In short, even though the data was published, it is not user-friendly.

This must change. Data should be released in a standard database format such as Microsoft Excel so that further analysis can be done.

Then only there will be benefits from the data release. When it comes to the Budget, we cannot run away from the issue of taxation.

Taxation is an important source of revenue for the Government.

And there are many forms of taxes that we pay: income tax, corporate tax, the GST, excise duty, land tax, and many more.

Unfortunately, the amount of information available on these taxes is scant. We don’t even know the breakdown of how much we pay for each type of tax.

It is not impossible to find. But searching for it is very difficult.

It is as if the Treasury does not want us to know.

Nevertheless, there are some universally accepted principles that apply when we talk about taxation.

Among economists, one of the most commonly discussed principles is the “Laffer Curve”, named after economist Arthur Laffer but first documented by philosopher Ibn Khaldun in the 14th century.

This concept explains the trade-off between tax rates and the amount of revenue raised by the Government.

In simple terms, the Laffer Curve says that if the Government wants to raise more revenue, it cannot simply raise tax rates.

There is a peak rate after which tax revenue will fall because people will find the rates too prohibitive and they will avoid paying the taxes.

The best way to illustrate this concept is if we look at an industry that is taxed at an extremely high rate, that is the tobacco industry.

In reading this example, you need to take a neutral view on cigarettes. The industry is a good case study to examine the impact of high taxation.

If we start delving into whether or not smoking is bad (it certainly is) you will miss my point about taxation.

Today for every RM1 you spend on a cigarette, more than 50 sen will go to funding the Government. By any standard, this is a high rate.

The hypothesis is that by increasing cigarette tax, we can reduce smoking and increase government revenue. Hence, some people argue that the Government should increase the tax further.

This is not completely true.

Firstly, if the Government really wants to be responsible in its budgeting, it should cut spending and reduce leakages.

The size of our Government is way too big and it is irresponsible to sustain this inexplicably big Govern­ment and force taxpayers to bear the burden.

Secondly, the continuous increase in cigarette tax has resulted in a huge jump in illicit cigarettes in the market. Today, one in every two cigarettes is contraband.

The Government has inadvertently helped those in the black market get richer by imposing the high tax policy, and I am sure the smugglers pray every day for this policy to continue.

But for us the common people, we do not know if the content of these cigarettes is more dangerous.

And the Government completely loses the ability to raise revenue because illicit cigarettes are not taxed.

That is just one industry. We can go further and discuss the impact of taxation on other industries and on individuals, too. But the general point is the same.

Continuous increase in taxation is not the right way because it can create dangerous effects, it is burdensome and it can be wasteful. Higher is not better.

Malaysia should be known as a country with tax rates that are friendly to businesses and to the working people.

Those in the Treasury should bear this in mind when formulating the Budget 2017. 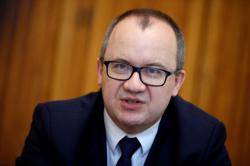 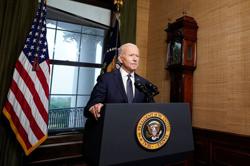