Time to embrace the spirit of Rukun Negara again 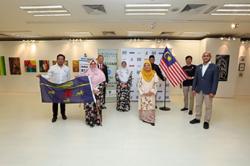 ‘Live up to spirit of Rukun Negara’

AS Malaysia celebrates its National Day tomorrow, let us all not forget our National Principles, the Rukun Negara.

Aug 31 this year also marks the 50th anniversary of the national philosophy upon which the nation is built.

Most importantly, we need to bring back the spirit of Rukun Negara as encapsulated in its five principles: Belief in God; Loyalty to King and Country; Supremacy of the Constitution; Rule of Law; and Courtesy and Morality.

It is part of the recipe for the country’s harmony, unity and progress, and we need to ensure that it is not forgotten, especially in these uncertain times.

When Rukun Negara was proclaimed in 1970, a year after the May 13 racial riots, it was aimed at uniting the people and preventing racial disharmony and strife.

It served not only as a tool for nation-building but also as the basis for economic and social development to build Malaysia as a progressive nation.

However, over the years, this spirit of muhibbah and harmony of the 1970s and 80s seem to be lost among Malaysians.

The Rukun Negara, which was popularly recited by all races before the start of any mass gatherings or assemblies then, has been all but forgotten.

Its text, which was commonly found on the cover of almost all school exercise books and plastered on the walls of all kopitiam and common public meeting places to guide and remind Malaysians of its principles and meanings, has also long disappeared from the public sphere.

Invoking the Rukun Negara principles on its golden anniversary cannot be more timely.

As Prime Minister Tan Sri Muhyiddin Yassin reminded us at the launch of the Rukun Negara Golden Jubilee Celebration last month, when the Rukun Negara principles are respected, there is harmony in our country.

“As long as we respect these rights that serve the citizens fairly and equitably, the harmony of our country will always be maintained, ” he had said.

Serious attention is thus needed to rekindle the national philosophy to ensure the country’s continuous growth as a peaceful and strong nation with its colourful people of different races, religions and cultures for many more years to come.

Malaysians must dive back to the basic fundamental principles in which the Rukun Negara was founded to guide and provide the direction the nation is heading, in terms of her stability, social and economic well-being.

Rukun Negara, like in the past, should also be made the basis for government policies and actions.

It must be embraced as a compass to guide and build Malaysia in every aspect as a nation just as it was in the 1970s and 80s.

It is especially crucial for us to revive this spirit among young Malaysians, and the government’s decision to make Rukun Negara education a core part of its agenda to strengthen the unity of multiracial Malaysia should be commended.

Ultimately, we need to inculcate the Rukun Negara principles in all our daily interactions.

As Muhyiddin also highlighted, “If we are all well-mannered, ethical, civilised and courteous in our day-to-day interactions, whether physically or virtually on social media, I believe our society will become one of the most harmonious and united communities in the world.”

So this National Day, let us embrace the Rukun Negara’s five principles again to bring back the sense of belonging, fair play, give and take, and caring and sharing as Malaysians of yesteryears.

Keeping the spirit and sentiments of this national philosophy alive can make Malaysia a successful and prosperous country as we face the world ahead and its many challenges. 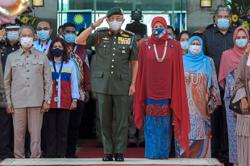 ‘Live up to spirit of Rukun Negara’ 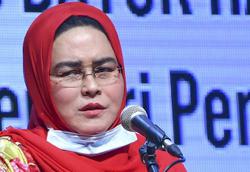 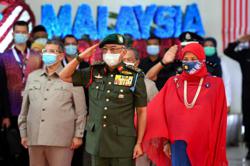