EVEN the usually calm and collected Dr Noor Hisham Abdullah (pic) appeared agitated as he lamented the public apathy that has led to the emergence of new Covid-19 clusters.

As the Health director-general pointed out during one of his regular press conferences last week, since Malaysia entered the recovery movement control order (MCO) period on June 10 – when we were given the flexibility to return to some semblance of normal life – people have grown complacent in avoiding infection, leading to a spike in the country’s tally of cases.

Malaysia recorded low numbers of new cases and even maintained the low number for several consecutive days in the first three weeks of the recovery MCO phase.

On July 1, Dr Noor Hisham said we recorded only one new Covid-19 case, with no local transmission of the virus.

But since then, the number of cases has been showing a double-digit trend and Sarawak is bracing for worse.

The government is now looking at measures to address the rise in cases.

While many countries have been stuck in the economy versus health debate, Malaysia has managed to restart the economy with the sweat and tears of our frontliners.

The country simply cannot afford to have a second wave of Covid-19 infections forcing another strict lockdown like the first phase of the MCO.

Last Monday, Prime Minister Tan Sri Muhyiddin Yassin said Malaysia stands to lose RM2bil a day if the economy has to shut down again; already in April, the unemployment rate spiked to 5% – the highest since 1990 – and it’s expected to only go higher in the coming months.

Yet, we are facing the possibility of another lockdown thanks to irresponsible people, like travellers returning from abroad who were allowed to self-quarantine in the comfort of their own homes only to abuse the privilege and eat out while mingling with the public.

And there are so many people appearing without masks in crowded places while some businesses are disregarding the SOP of taking temperatures, recording customers’ details and providing hand sanitiser to those entering their premises.

The onus is not just on the authorities to ensure SOP is followed, the responsibility also lies with us to ensure we observe the rules and regulations put in place to fight Covid-19.

The battle is far from over, and it won’t be until a vaccine is found.

We won one battle in what is shaping up to be a long drawn-out war when we stuck to SOP during previous MCO periods and flattened the infection curve – and we can do it again.

Failing to do so will have a huge effect on all Malaysians, not just economically but socially and emotionally too, with repercussions echoing into the future.

Malaysians cannot afford to be stubborn and complacent in this fight.

So before it’s too late, let’s get back to observing all the recommended health protocols to beat this second wave – if not for ourselves and our families, then at least do it for our frontliners.

They have done their part. We should now repay them and do our part. 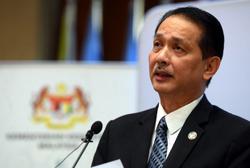 Vital to prevent a new wave of infections