Those who labour in love 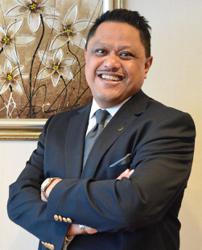 IT’S Workers Day today. Some call it Labour Day, some call it May Day. It is supposed to be a day set aside for workers throughout the world. A day of celebration, perhaps, but more importantly, a day to remember and to reflect on the issues affecting our labour force.

This was how I began an article I wrote back on May 1, 2005, also a Sunday, entitled, “A salute to our workers”. I was the Sunday Star editor then and my staff were given assignments to unravel stories of workers who did not fit into the typical 9-5, five-day-week job cycle.

One of the stories featured was about a group of disabled people in Shah Alam who diligently put together greeting cards and other paper products.

Their pay cheque was only two digits but it was like a fortune to them. It was not charity but an ho­nest month’s pay for an honest month’s work.

I wrote, “If productivity is mea­sured against one’s abilities, these people should certainly be among those nominated as best workers of the year.”

As I look through that article again, I realise that not much has changed in the way we measure a worker’s worth. Or our definition of a worker – which remains one who works 9 to 5, five days a week, for a fixed salary.

When I left the workforce for the first time back in December 1992 to be “a full-time father and part-time freelancer”, the typical response was, “You mean you are not working?”

It was the same response when I ventured out of the workforce again in February 1997 for another three-year stint as homemaker.

Why do we always equate work with an income?

According to an article in The Washington Post entitled “A homemaker’s real salary”, based on a survey by a consumer group, “The daily work of a homemaker can sometimes be taken for granted by his or her family members. However, these services could earn a homemaker a considerable wage if he or she took those skills to the marketplace.”

I am glad that my wife never took my daily work at home in those interesting periods of my life for granted. She appreciated the fact that I was not only a caregiver to our two sons, but was their driver, “tuition teacher”, playmate and counsellor.

And as far as house work was concerned, I also did the laundry, bought the groceries, and cooked a sumptuous meal for dinner.

My neighbours also thought I was their DIY man and would ask me to pay their bills at the nearby post office.

When my wife took her turn to be homemaker, I likewise appreciated the fact that she was working real hard at home.

She returned to the workforce two years ago, but because of my current health condition, she has been on “no-pay” leave since September last year to take care of me.

We are thankful that we have learnt to live within our means based on one income. A financial analyst friend once calculated how much we lost in the combined 18 years when either one of us was not in the workforce and the sum was quite considerable (especially our EPF contributions).

But I will say that we have been deeply enriched by our home experiences.

Which is why I salute those who do not officially work but who labour on in love, often without recognition, let alone a salary.

I know many of them. Like the volunteer teachers who teach refugee children English twice a week, the volunteers who feed the homeless in the streets, and those who take care of the sick and elderly at home. And of course the homema­kers.

They make sacrifices. They do not worry about being paid. They labour on in love. Happy Labour Day.

Sex? Not if you’re a varsity student
U-turn in contraception
Bridge more divides
The memorandum's message
Mind your step
Remember why we must follow SOPs
Muhyiddin is out but still carries clout Premium
Malaysia Day: The sun rises from the East
Undergarments advert ban lacks reasonability, Film Censorship Board must explain and announce SOP
A great Malaysian tragedy