The mystery of the pandan ghost

FOR several days early last month, whenever I opened my bedroom door, there was a strong smell of pandan. It was as if someone had crushed a huge bunch of the leaves and left them in my room. Except there was not a single leaf in sight.

I am not superstitious. But after being greeted by the smell of pandan for three days in a row, I was creeped out enough to start wondering if there was some other force at work.

My husband, on the other hand, is the typical superstitious businessman. Since we couldn’t locate the source of the smell, he decided to ask a friend who claims to be psychic.

Lo and behold, Psychic Friend determined that there was indeed a lost soul who had blundered into our home. But no worries, she was a friendly spirit, hence the pleasant pandan fragrance.

The psychic even identified the ghost as a woman named Mei Fan who died 340 years ago. He issued my husband a “Certificate of Charitable and Virtuous Deeds” and instructed him to burn it as a way to invite the dear and (very) old lady to leave.

My cynical self returned and I snorted with derision at this mumbo jumbo. But since he felt we had nothing to lose, my husband did as told.

Well what do you know, the smell disappeared. The whole family went sniffing and there was not a hint of eau de pandan. Amazing! We had managed to bid adieu to Mei Fan.

The experience became great conversation fodder and I enjoyed regaling friends and relatives with my first-ever paranormal encounter.

That was until I met my friend, TC, who is pompous and hard to impress. So I couldn’t resist springing my pandan ghost story on him.

But before I was halfway through my tale, he stopped me. “I am a man of science and I can tell you there’s no ghost,” he declared.

“Do you live near a forest?” he asked.

“But are there a lot of trees?”

“Well, my neighbourhood is quite leafy.”…

“Do you have musang running around?”

“Er, yes.”…I have seen quite a few of those squirrel-like animals scurrying in my garden.

“But this one is a musang pandan and it went up into your ceiling.”

TC whipped out his phone and quickly Googled “musang pandan” to prove he wasn’t making it up. This animal, also known as the Asian palm civet and the toddycat, emits a pandan smell, hence the name.

Of course I wanted to argue why just my room and why only when I opened my door and so on and so forth.

Then it hit me. Indeed, I had heard scuttling, scratching noises in my ceiling. I thought it was a rat but the sounds seemed to indicate a bigger creature like a cat.

Still, I didn’t connect this with something else that was happening. Several weeks earlier, I had noticed light brown stains appearing on my bedroom ceiling and the number of spots seemed to be growing. Fearing roof leaks, I called in my long-time handyman. That was a week after my meeting with TC.

Vincent went under and on top of the roof but he couldn’t detect anything amiss. Hamid, his Indonesian worker, however, didn’t think the stains were caused by a leaky roof. There were too many and they were too random.

He suspected the stains were caused by animal pee like that of a musang.

So there you have it, dear reader. Three disparate happenings – scuttling noises, stains appearing and a strange smell – segueing into one likely culprit: a pandan-scented civet.

Who would have guessed?

This experience made me realise how quick we are to look for supernatural causes when we are stumped for a more rational one to explain an inexplicable situation.

There is a term for this; when random things happen. It’s “stochasticity.”

It was my daughter who alerted me to this unusual word after she heard a Radiolab podcast which described stochasticity as “a wonderfully slippery and smarty-pants word for randomness (that) may be at the very foundation of our lives.”

Stochasticity, or the role of chance in more layman terms, apparently works on many levels, including sports, gambling (of course!) and more intriguingly, the cells in our bodies.

When randomness leads to a happy outcome like striking the lottery three times or two siblings separated for decades meeting again unexpectedly, then we are likely to attribute it to divine intervention or benevolent cosmic forces.

If the outcome is unhappy, like an accident or mass hysteria triggered by, say, the sighting of a figure in black, then we are likely to blame bad luck or some malevolent paranormal force.

If the stochasticity proponents are correct, randomness that leads to coincidences is just a fact of life. But when the coincidence is too great, it’s human nature to want to attribute it to something paranormal or miraculous.

A key comment in the Radiolab podcast about stochasticity is “if you don’t see past yourself, you fall prey to superstition.”…

In my case, it was my ignorance about the existence of an animal called musang pandan and the coincidence of the smell disappearing after my husband burned the ghost buster certificate that made a supernatural explanation plausible.

Now that I have accepted the smell and the stains were not the work of Mei Fan and the rain, I am calling back Vincent to check under my roof again to see if there are gaps that need sealing to stop vermin from entering and throwing their scent at me. And pissing me off!

Aunty likes Groucho Marx’s take on superstition: If a black cat crosses your path, it signifies that the animal is going somewhere. Feedback to aunty@thestar.com.my 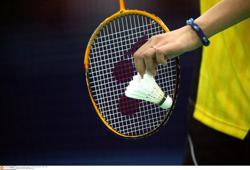 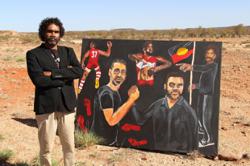