This blueprint for national unity was drafted after the convulsions of May 13, 1969. A National Consultative Council (NCC) of 67 distinguished persons was assembled under the chairmanship of Tun Abdul Razak Hussein, then Deputy Prime Minister and chairman of the National Operations Council.

The NCC drew from all races, religions and regions. The ruling Alliance and opposition parties (except one), federal and state governments including Sabah and Sarawak, and civil society groups and minorities actively participated. Regrettably, women were represented by only two members.

Objectives: The NCC chiselled out five stirring objectives, aspirations or goals for our nation. These were unity, a democratic way of life, a just society where the prosperity of the country can be enjoyed together in a fair and equitable manner, a liberal approach towards our rich and varied cultural traditions, and a progressive society that will make use of science and modern technology.Principles: Supporting the objectives were five transcendental principles – belief in God, loyalty to the King and country, supremacy of the Constitution, rule of law, and courtesy and morality.

Launch: The Rukunegara was launched by the fourth Yang di-Pertuan Agong, Sultan Ismail Nasiruddin Shah of Terengganu, on Aug 31, 1970. Like the Pancasila of Indonesia or the Preamble of the US Constitution, the Rukunegara was meant to be the chart and compass and sail and anchor of our nation. Unfortunately, it could not be presented to Parliament because the Emergency Proclamation of May 15, 1969 had suspended Parliament.

Revival: We note with sadness that despite its brilliance, transcendental content and the passage of 50 years since its inception, the Rukunegara has not become the guiding light it was meant to be. Lip service is paid to it in all schools. It is honoured but hardly observed and emulated in society, in schools and within the institutions of our state. The regrettable, racist and sexist language in the Dewan Rakyat on Monday is a case in point.

It is therefore heartening to note that Prime Minister Tan Sri Muhyiddin Yassin has pledged to project the Rukunegara as the core agenda of the government.

The Communications and Multimedia Ministry and National Unity Ministry are lining up numerous activities for the Golden Jubilee celebration of the Rukunegara.

Hopefully, these activities will not be merely symbolic and ceremonial but will lead to policy formulations and actions that will further the ideology’s noble aims and transform formal theory to functioning reality.

Prominent activist Dr Chandra Muzaffar has rightly lamented that celebratory rhetoric surrounding the Rukunegara is being confined to the five principles: belief in God, loyalty to the King and country, constitutional supremacy, rule of law, and courtesy and morality.

However, the other half – the five sterling aspirations namely unity, a democratic way of life, a just society with shared prosperity, a liberal approach towards our rich cultural heritage, and a progressive society based on science and technology – are being left out of the discussion.

Rukunegara as a preamble: Since 2016, some of us have lobbied for the Rukunegara to be adopted as the Preamble to our Federal Constitution. Our submission is based on a number of grounds.

Almost all the 180 Constitutions of the world possess Preambles. But Malaysia is an exception. Our basic law’s rich ideals, values and goals have to be extracted and distilled from the 183 Articles and 13 Schedules that constitute our supreme law.

This flaw in our basic law can be easily remedied by adopting our venerated national ideology – Rukunegara – into the Federal Constitution as its Preamble.

The objectives and principles of the Rukunegara are substantially in line with the provisions of our supreme Constitution. In fact, the Rukunegara distils the essence of our Constitution and provides direction for legislative, judicial and administrative action.

The Rukunegara’s “supremacy of the Constitution” is provided for in Article 4. “Belief in God” is honoured in Articles 3 and 11. “Loyalty to the King and country” are required by innumerable provisions including Articles 32-38. “Rule of law” is implied in provisions for judicial review of governmental action in Articles 4 and 128.

“Morality” is safeguarded by empowering Parliament in Articles 10 and 11 to enact laws to safeguard morality. “Democratic way of life” is promoted by innumerable provisions conferring personal liberties and providing for elected and representative assemblies.

“Rich and varied cultural traditions” are protected by provisions for freedom of religion, right to native languages and traditions, customary rights, freedom of speech, assembly and association, and the special rights of Sabah and Sarawak in our federal set-up.

Though with some flaws, our Constitution was a masterpiece of compromise, compassion and moderation. It provided a rock-solid foundation for our society’s hitherto exemplary political stability, economic prosperity and inter-communal peace and harmony.

Regrettably, a number of social and political developments in the last decade and especially since GE13 have indicated that the spirit of accommodation, compassion and compromise that animated the Merdeka Constitution has dissipated. Society has become polarised on religious and racial grounds. Extremism has become mainstream and moderation is regarded with suspicion by those who emphasise identity politics.

Instead of being respected as the chart and compass of the nation, the Constitution’s relevance is being doubted by some and its supremacy is being undermined. This is contrary to the ideals of the Rukunegara.

Prof Shad Saleem Faruqi is holder of the Tunku Abdul Rahman Foundation chair at UM and the Tun Hussein Onn Chair at ISIS Malaysia. The views expressed are his own. 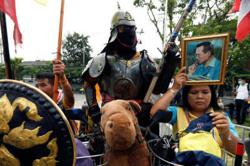 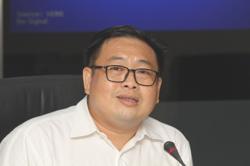 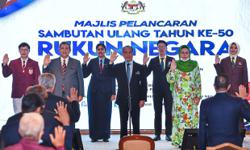