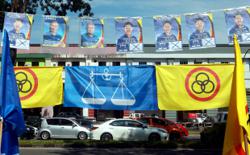 Despite his general duty to act on advice, the King retains some discretionary powers.

Bypassing the King: Tun expressed remorse that in 1983, 1984 and 1993 his Government amended Article 66 of the Federal Constitution to curtail the powers of the Yang di-Pertuan Agong in the legislative process. The amendments enable Parliament to bypass His Majesty if he does not consent to a Bill 30 days after presentation to him.

As a comment it can be stated that the diminution of the legislative role of the King by amendments to Article 66 did not confer legislative supremacy on the Houses of Parliament. There are still substantive as well as procedural limits on the powers of Parliament.

For example, there are four areas in which a Bill cannot become law without the consent of authorities outside Parliament.

> Altering the boundaries of a State. This requires the consent of the State Assembly and the Conference of Rulers: Article 2(b).

> If any law impinges directly on the rights or dignities of the State Rulers, its passage requires the consent of the Conference of Rulers: Article 38(4).

> There are nine topics in Article 159(5) that require a special two-thirds majority in both Houses plus the consent of the Conference of Rulers. These areas are: freedom of speech in relation to some “sensitive issues”; citizenship rights; position of the Rulers; applicability of the law of sedition to legislative proceedings; precedence of Rulers; Malay Rulers’ right of succession; Malay language; special position of the Malays and the natives of Sabah and Sarawak; procedure for amending the Constitution under Article 159(5).

> Any law that affects the special position of Sabah and Sarawak requires a two-thirds parliamentary majority plus the consent of the Yang di-Pertua Negeri: Article 161E

However the power to declare emergency is not a discretionary power as Tun suggests.

Encroachment on royal powers: Tun asserted that the NSC Act empowers the Council to exercise extraordinary powers to deal with security situations and this amounts to a trespass on the emergency powers of the Yang di-Pertuan Agong under Article 150.

Emergency powers: According to Tun the power to declare emergency under Article 150 is a discretionary power of the Yang di-Pertuan Agong in the exercise of which he is not bound by prime ministerial advice.

Most respectfully, though a literal interpretation of Article 150(1) indicates a royal discretion, the view more consistent with a system of parliamentary democracy and constitutional monarchy is that the powers under Article 150(1) are subject to the general duty in Article 40(1) and 40(1A) to act on ministerial advice.

Consent of Conference: According to Tun, as the NSC Act usurps the powers of the King, it requires the consent of the Conference of Rulers (COR) under Articles 38(4) and 159(5).

Most respectfully, this is debatable. Even if it is conceded the NSC Act, by conferring parallel, emergency-like powers on the Council, diminishes the King’s powers, the legal issue is that Article 38(4) is triggered only when there is adverse change to the powers of the Sultans.

The consent of the COR is attracted only when the matter relates to alteration of state boundaries (Article 2(b)), rights of Rulers (Article 38(4)) and the nine topics in Article 159(5).

Indeed, under Article 38(2) the Conference can deliberate, advise, caution and warn on any matter but it cannot compel the Government to follow its advice.

In sum, the grounds of challenge against the NSC Act mentioned by Tun Mahathir may not be sustainable in law. However, this is not to suggest that the constitutionality of the NSC Act is beyond question.

The NSC Act is an ordinary law passed by a simple majority under Parliament’s ordinary law-making powers. It is not a law under Article 149 (to combat subversion).

As such, several issues of fundamental rights violation are relevant.

If the Government claims that the law was passed to combat subversion under Article 149, then non-compliance with the procedures of Article 149 will be raised.

These contentious issues require a separate and fuller investigation.

Shad Faruqi is Emeritus Professor of Law at UiTM. He wishes all readers the blessings of Merdeka. The views expressed here are entirely the writer’s own. 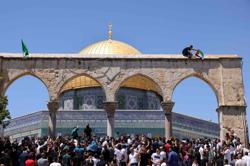 Can testosterone chaos turn you into a man?
In the Land of the Hornbills politics remains local
Standing with the Palestinians
Together we can break the Covid-19 chain
Sentiment swings towards Tok Mat Premium
Questions over coastal corridor
New ideas for education
All quiet in the kampung
Down the drain for their ‘idol’
Thinning hair and an inability to rise to the occasion Premium