Fighter between the sheets after prostate cancer

I attended a prostate cancer awareness week last November during the #onlymencan campaign and built up the courage to go for a PSA blood test.

My PSA was elevated, and I was advised to have a biopsy.

The bad news was I was diagnosed with cancer; however, the good news was my cancer was relatively low grade and early stage, I was offered an active surveillance.

Over the last twelve months, my PSA has continued to escalate, and the doctors have reckoned it is time to decide for definitive treatment.

I was reluctant to decide for treatment predominantly due to the fear of losing my sex life.

I admit, at the age of 62-years-old, I should be thinking about eliminating the cancer rather than fear of losing my sex life. However, sex is a very important part of my life with my wife.

Therefore, all the decisions will need to be carefully considered.

As part of the treatment options, I was offered radical surgery or radiotherapy with hormonal suppression.

I would like to put Dr. G on the spot for guidance for my treatment for prostate cancer.

Why is castration necessary for the radiotherapy for prostate cancer?

What are the usual side effects of hormonal treatment?

I also hear radical operation is too aggressive and will wipe out my erection.

I wonder the robotic surgery would reduce such complications.

I was advised to decide as soon as possible; however, I am fearful.

Can you help me?

The prostate gland is a walnut-shaped organ surrounding the urethral between the bladder and the penis. As the gland is anatomically closely linked to male sexual organs, the nerve and blood supply to the penis are often adversely affected by enlarged or cancerous prostate. In addition, the function of the prostate is essentially to secrete fluid as nutrients for sperms, therefore any pathology or treatment of the prostate are well recognised to impair ejaculatory and reproductive functions of a man.

Radical prostatectomy is the operation to remove the prostate gland and eradicate cancer completely. However, due to the proximity of the organ to the nerve and vessels supplying the pelvis, complications such as erectile dysfunction and urinary incontinence can be unavoidable. Many treatment advancements for cancer are available in the last two decades, namely keyhole and robotic surgery. Most of the techniques are showing superiority in faster patient recovery and preservation of sexual function and continence when treated early.

The first-line treatment of erectile dysfunction after radical prostatectomy is medication, such as the blue pills. However, it is not uncommon for men to not respond to the pills, especially in the late stage of the disease. This may be due to the injury of the neurovascular bundles of the sexual organs during the operation or irreversible damage caused by cancer invasion. When facing such detrimental complications, other treatment modalities including injectables and prosthesis should be also be considered. The injection of the agents to expand the blood vessels of the pelvis has high efficacy, otherwise, the surgical options of penile prosthesis also provides a long term solution. Prosthesis such as artificial sphincters is also available for patients with incontinence after radical prostatectomy.

The acute reduction of bodily testosterone can be achieved by surgical castration lowering testosterone levels effectively. However, surgery to remove the testicles is permanent and irreversible, and may not be acceptable for most men. Medications, known as luteinizing hormone-releasing hormone (LHRH) agonists and antagonists can prevent the brain from receiving signals to make testosterone. As a result, regular injections of such hormones can stop the testicles from producing testosterone and suppress cancer growth.

The depletion of testosterone will certainly result in symptoms equivalent to menopause. These include loss of sex drive, erectile dysfunction and depletion of ejaculate. Other bodily changes such as the loss of muscle mass, increase in bodily fat and bone thinning with risk of fractures. Symptoms also include fatigue, hot flushes and depression. For most men, the initial effects of such treatment may be transient. However, persistent loss of testosterone is also known to cause significant impairment in quality of life for cancer sufferers.

A healthy lifestyle is absolutely crucial to counteract the adversity of hormonal manipulation in prostate cancer. Regular exercise can reduce bodily fat, increase metabolism and strengthen the bones. Balanced dietary intake such as fruits and vegetables can also boost immunity and is known to enhance sex drive. Lastly, medications such as the blue pills are also well recognised to give the vital lift between the sheets for men encountering erectile dysfunction due to hormonal treatment for prostate cancer.

Men suffering from prostate cancer are facing initial challenges of treatments such as radical surgery and radiotherapy, with further obstacles of adjuvant treatments such as hormonal manipulations. The depletion of testosterone is equivalent to the trauma of castration, and the trauma of erectile dysfunction after a radical operation can be debilitating, both robbing men of their manhood. For some men, such intervention may be of a transient interval of two to three years, for others the treatment is lifelong. Despite losing their fountain of youth, most men can enjoy reasonable libido and erections with a healthy lifestyle, medication and the right mentality. The American Author, Dave Pelzer once said: “You can be a victim of cancer, or a survivor. It’s a mindset”.

When men deciding prostate cancer treatment, and fearful of losing their manhood, are putting Dr. G on the spot for the light at the end of the tunnel. His view is “With the early intervention, right mindset and healthy lifestyle for the treatment of sexual dysfunction, a prostate cancer survivor can certainly continue to be a fighter between the sheets!”

For the month of Movemeber November, please seek more information from #onlymencan. 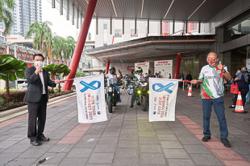 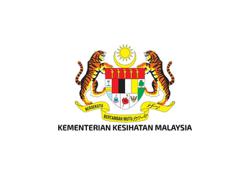