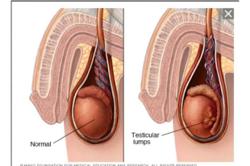 I am a worried father who is extremely concern about my adolescent son who has repeated testicular pain.

It all started when my nineteen-year-old son attended university.

Initially, he kept complaining about intermittent pain in his left testicle.

About one month ago, he was taken to the emergency room, after complaining of excruciating pain. Thankfully, when he reached the hospital, the pain subsided.

The doctors who attended to my son explained the source of the pain is a twisted testicle.

We were shocked to learn the condition is called torsion and it is relatively common.

Since Dr. G is always on the ball, I just would like to take this opportunity to put Dr. G on the spot for more knowledge on testicular torsion.

What exactly is torsion and why would the testicle get twisted at all?

Who exactly is at risk of testicular torsion?

What would be the consequence of testicular torsion?

How will this affect his fertility?

Can testicular torsion get untwisted naturally?

The doctor advised my son to accept the operation to prevent future twisting, can you please explain what operation is he referring to; and what are the risk?

Thank you again for your help.

Testicular torsion predominantly occurs in children, adolescents, and young adults. Without prior warnings, twisted testicles often present with sudden, severe testicular pain. The affected testicle is often stuck in the upper scrotum. The pain is described as excruciating, associated with abdominal cramps, nausea, and vomiting. When testicular torsion occurs in newborns, the pain is absent and instead, the scrotum may become discoloured and eventually shrunken. Therefore, it is often believed neonatal torsion can cause the vanishing testis, resulting in an infant being born with only one testicle.

Torsion of the testicle frequently occurs among adolescents. Sixty-five per cent of cases present between the age of 12-18 years of age. The risk of torsion before the age of 25 years old is from 1 in 4,000 to 1 per 25,0000. Although torsion can affect men at any age, the risk of torsion in adulthood is exceedingly rare. External factors such as cold temperature or testicular trauma are thought to be risk factors associated with torsion. Young adults with torsion may be awakened with pain in the middle of the night or early in the morning. Although sexual arousal can induce movement of the testicles, sexual activities such as intercourse or masturbation are not known to cause testicular torsion.

Most young men with testicular torsion have no prior health problems or preceding medical conditions. However, one study highlighted larger testicles are more prone to twisting. Several congenital anatomical malformations in the testicle are associated with torsion. One of these anomalies is described as “Bell-clapper deformity” which accounts for 90% of all cases. In this condition, rather than being fixed to the posterior wall of the scrotal sac, the testicle together with the excessively long spermatic cord is floating freely in the sac. The suspension of the testes within the scrotum increases the risk of spontaneous mechanical twisting. The degree of blood supply occlusion depends on the duration and severity of torsion.

Prompt diagnosis of torsion is made based on the presenting symptoms without any diagnostic tests. An ultrasound can be useful when the diagnosis is unclear. The treatment of testicular torsion is physically untwisting the testicle, often achieved by surgery. When the correction is done within six hours, ninety per cent of the affected testicles can be saved. At twelve hours, the survival is reduced to 50%. Sadly, only 10% of testicles are salvageable at 24 hours.

Testicular torsion is one of the few urological emergencies requiring precise diagnosis from the medical history, followed by prompt intervention to restore blood supply. As the condition predominantly happens in adolescents and young adults, the embarrassment and stigma often deter affected men to seek help. Furthermore, young men with guilty pleasure such as masturbation and sexual arousal at this age are also fearful of being accused of excessive sexual indulgence causing torsion. One of the Founding Fathers of the United States, Benjamin Franklin once said: “Lost time is never found again.” When Dr. G is put on the spot by worrying parents with adolescent sons diagnosed with testicular torsion seeking answers for the twisted fate of the twisted manhood. His response is always: “The lost time will definitely result in lost ball, that will never be found again!” 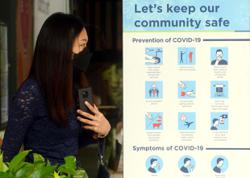 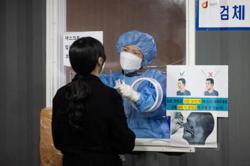