I understand being a urologist, you mainly answer questions about men’s sexual health. However, addressing female sexual health should be equally important as it takes two to tango.

I am in my mid twenties and still exploring the magical experience of sex; my girlfriend and I have been together for two years and are intimate frequently, and we enjoy our bedroom experience immensely and look forward to seeing each other when we have the opportunity to do so.

Being a liberal couple, we tend to discuss sexual issues openly and my girlfriend recently started asking me about female sexual satisfaction.

She reckons that sex has been only “benefiting” me most of the time and would like me to focus on enhancing her sexual enjoyment.

Therefore, I am putting Dr. G on the spot to quest for the G-spot and beyond.

First of all, can you tell me how a man can know if his partner has reached an orgasm? Secondly, apart from the G-spot are there any other ways for a woman to reach climax?

Also, can a woman really fake a climax convincingly without her partner realizing that it is an act?

The word “orgasm” is derived from the Greek word “orgasmos” meaning excitement and swelling. From a medical standpoint, this word is used to describe the sudden escalation of sexual excitement resulting in discharge of semen or a secretion.

Although the experience is better witnessed during sexual climax in men, the same erogenous escalation leading to intense sensual excitement and propulsion of a secretion is also applicable to women.

Generally, the physiological sexual response in both genders is defined in the sexual cycle as the repeated act of sexual activity will result in involuntary rhythmic contractions of the pelvic smooth muscle of the reproductive organ. This autonomic nervous system contraction is also associated with various involuntary responses such as muscle spasms in other parts of the body - including vocalization - and it eventually ends with an euphoric sensation of sexual satisfaction.

Of course, the scientific description of the experience is not even close to the real deal and I hope for most of us who read this paragraph, we have some magical memory of what we experienced. I am sure those who have not experienced this euphoria are tempted to know more.

The ability to have orgasm in both men and women can vary quite widely. The real control of orgasm occurs in the brain, which is arguably the biggest human sexual organ. Having said that, although the central nervous system and the evolutionary purposes of orgasm are poorly understood, there has been an intensive effort and research to understand and unravel the real mystery of the orgasm in recent years.

Statistics indicate that 70-80% of women can derive orgasm by direct manipulation against part of the clitoris. Like the embryological counterpart of glans of the penis for men, the clitoris as a whole has more than eight thousand sensory nerve endings that contribute to the final climatic experience. Although the number of nerve endings is equivalent to the glans penis, the reactions to physical stimulation remain very different for men and women.

On the other hand, the G spot is an erogenous area in the vagina, typically reported to be located at the anterior part of the vagina wall, around 5 cm between the vaginal opening and the urethra and it is believed to be the remnant of a male prostate. In reality, the G spot can vary between different individuals, and it is therefore often described as being elusive. However having said that, the common belief that deep sexual penetration is necessary to stimulate the G spot is completely wrong. In fact, the rhythmic forward and back movement during sex has a higher chance of hitting the right spot than deeper penetration.

The less talked about female sexual pleasure is often described as the “third spot” and it is also known as a cervical orgasm. This orgasm is achieved by cervical penetration, and it can produce intense, full-body orgasms. The cervix is the small channel at the top of the vagina, which connects the vagina to the uterus. Despite the description of cervical penetration, the actual cervix is not penetrated. Instead, repeated frictional contact is responsible for the generation of a pleasurable sensation. However, it might not be easy to rub the penis on the cervix as the normal vagina is about 3 to 4 inches deep and vaginal elongation occurs during arousal, pulling the cervix further backwards.

Therefore, only a male partner with longer penis or the use of a sex toy may be necessary to reach such depths of penetration.

Dr. G is often put on the spot to address the issues of the complexity of female sexual health. His view is that female sexual health is supposed to be complex and that an orgasm should never be considered to be the trophy of sex. Opening up to discuss the issues is the first step for a satisfying sexual relationship, and this will undoubtedly result in many happy endings for lovemaking in the future. Serbian leader fires back at Moscow after 'Basic Instinct' jibe 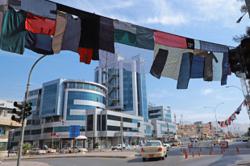 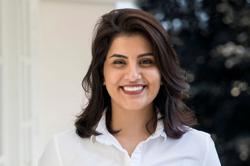