Nature or Nurture of Promiscuity

I am writing to you with a bit of guilt and dilemma; I am a twenty-five year old chap who is a “bit of a lad”.

I have been in several relationships in the past and all of them ended up in a mess, and truthfully the messes are entirely my fault as I have a tendency to “wander off” even though I am in a serious relationship and seek casual encounters outside the relationship

Of course, having been caught a few times before, I begin to reflect on this terrible habit of cheating on my partner.

I read somewhere men just have a genetic tendency for promiscuity, and therefore I would like to put Dr. G on the spot with regards to this matter.

Why do some people tend to have multiple sex partners while being in a serious long-term relationship?

What fuels the “casual sex” phenomenon and why is it becoming more common in today's society, and which gender and age groups tend to have a higher urge for casual sexual activities?

Also, is there such a thing as “playboy” genes, and finally, what are the long-term psychological effects of having multiple sex partners?

I really hope you can enlighten me with the nature or nurture of promiscuity.

Many terms have been coined for individuals having multiple partners while being in a serious relationship. The violation of a couple’s assumed emotional or sexual exclusivity in a relationship is infidelity, which has also described as adultery, cheating, being unfaithful or having an affair and this tendency – promiscuity – has been extensively studied since the 1950s

Having said that, the phenomenon of engaging in casual sex is slightly different. Such behavior can stem from non-committal sexual activities taking place without a romantic commitment. Behaviors such as casual dating, one-night stands, swinging and prostitution are typical of casual sex where an emotional attachment is absent.

The culture of casual sex emerged in the 1920’s when the “flapper lifestyle” became popular. The boom in car ownership and increase in dating venues such as jazz halls generated casual hook-up opportunities. The era also coincided with the decrease in parental control of courtship.

Then came the Sexual revolution in the 1960's with the advent of oral contraceptive pills and women’s liberation and the rejection of parental matrimonial ideals.

Now, the depiction of trends in liberal sexual behavior in films and pop culture continues to push the boundary of sex without procreative intent. This is reflected in studies demonstrated one-time sexual encounters among college-aged students becoming increasingly common as 70% of individuals in this age group have partaken in casual sex at least once because of their new-found sexual freedom in early adulthood.

When it comes to statistics, men and women have been found to engage in very similar levels of casual sex, despite popular belief. A 1995 study of 681 Canadian students who traveled to Florida for spring break found that revealed 30% of participants had penetrative sex with a person they met during the break. It also found that of the 681 students studied, 15% of males and 13% of females had engaged in casual sexual behavior. However, 61% of men and 34% of women admitted to casual sex within 24 hours of an encounter.

The father of sexual medicine, Alfred Kinsey suggested adultery is historically and culturally common. In general, individuals who have stronger sexual interests, more permissive sexual values, lower subjective satisfaction with their partner, greater sexual opportunities and weaker network ties with their partners are more likely to be unfaithful.

In the twenty-first century, scientists have even managed to support the argument that people who are unfaithful to their partners may be genetically predisposed in that way. A certain type of dopamine receptor gene called DRD4 is linked to sensation-seeking behavior associated with one-night stands and infidelity.

Also, numerous studies have shown the negative impact of infidelity in a relationship; this includes rage, aggressiveness, a loss of trust and a decrease in personal and sexual confidence. Other psychological issues that can and do emerge are sadness, depression, guilt, a damaged self-esteem and the fear of abandonment. This commonly leads to the justification to leave the relationship. A 1983 report revealed that out of a sampling of 205 divorced individuals, half of them stated that infidelity is the major source of the break-up.

One of the founding fathers of the United States, Benjamin Franklin once said: “he that is good with making excuses is seldom good for anything!” Dr. G is often put on the spot, by men (and occasionally women) coming up with excuses of infidelity, blaming nature or nurture leading to promiscuity. Despite some weak evidence supporting the genetic tendency of being unfaithful, “making excuses for cheating at love are simply good for nothing!” 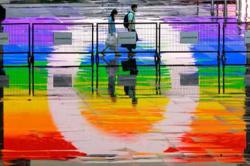 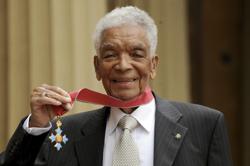