WHEN it comes to local smallholders, oil palm is often seen as a “golden crop”. Many smallholders have switched from planting rubber to oil palm because the latter offers the most lucrative benefits. Over the years, the National Association of Smallholders (NASH) has helped them to increase their oil palm’s productivity and yield.

Of course, like any other cash crop, oil palm has its highs and lows, and is subject to challenges and obstacles. At the end of last year, factors like the haze and the El Nino effect caused palm oil production to fall, resulting in price increase.

Oil palm smallholders across the nation face a variety of challenges. Recently, the French National Assembly proposed a new progressive tax on palm oil imported into the country. If implemented, France would charge an additional ?30 (RM136) levy per tonne of palm oil effective January 2017. The tax would also increase by ?20 (RM91) in the following year and onwards until it reaches ?90 (RM409) per tonne in 2020. The existing tax on palm oil imported into France currently stands at ?104 (RM473.50) per tonne.

This move will cause detrimental effects to the local palm oil industry, particularly to the smallholders, many of whom are already struggling to cope with higher living costs. It is an illogical move which has no basis to it at all. We are trying very hard to convince the French Government to reject the law, and we hope that the Malaysian Government will intervene.

However, even if France does implement the new tax, NASH will not be overly concerned due to the fact that France imports a relatively small quantity of palm oil (about 11,000 tonnes a year) compared to the big importers like India and China. However, it should be noted that this move is dangerous as it sets a precedent to other countries in particular those in the European Union to impose levies of their own.

So, we cannot stay silent about it. We have since protested to the French Government, and NASH and the Malaysian Palm Oil Council have written to them about this. We are also taking other measures, such as informing other country governments not to institute similar measures.

The palm oil industry also faces a challenge with regard to public perception. There are a number of Western parties who have a hidden agenda against palm oil. By spreading lies and misinformation about oil palm cultivation, they accuse the industry of ruining the natural habitats even when we have a massive replanting budget. They also accuse our country of destroying forests, ignoring the fact that their countries destroyed their own forests a long time ago. Today, countries like the United States, France and Australia have only 33%, 29% and 19% of forests left, respectively, whereas Malaysia still maintains more than 50% of its land area under forest cover.

Another major problem facing most oil palm smallholders in Malaysia is lack of education/awareness. The Government has an organisation which does a lot of research on oil palm. However, the fruits of their research are not well practised by the majority of the smallholders. There must be a system in place to ensure a proper transfer of technology to the smallholders as 45% of palm oil production in the country come from them.

We hope that one day, these smallholders could also be involved in the refinery, processing and export sectors, among others. One way of doing this is through cooperatives, as this would give them vital access to land ownership, factories, professional support, government assistance and so on.

Currently, NASH has local cooperatives all over the country. Before they were established, oil palm smallholders had very low acreage. Today, their land areas are comparable to estates, and the Government can give them subsidies as a group. The Government has to properly consider the cooperative as a vehicle for rural development. Through them, oil palm smallholders will be able to enjoy economies of scale in their business.

Related to this are questions of sustainability. Currently, the popular standard on sustainability is the Roundtable on Sustainable Palm Oil (RSPO) scheme. However, NASH is not happy with it as its certification criteria are high and progressive. While big estates have sufficient funds to comply with the changing RSPO criteria, the smallholders, however, face difficulty in securing funds to fulfil the criteria.

Nevertheless, our Government has developed a local equivalent, the Malaysian Sustainable Palm Oil (MSPO) standard, which has a similar concept and standard criteria. Under the MSPO scheme, we now have a process of group certification, which enables smallholders’ participation in the scheme. NASH is now striving to register its smallholder members together through a cooperative, grouping their lands for easier classification. We hope that this will greatly boost this process for future national oil palm cultivation. 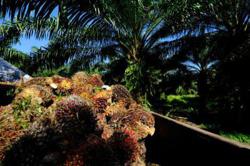