Aussie PM and his Sabah link

The Sandakan Death March is Australia’s lost World War II history that should not be forgotten.

THE Australian Prime Minister, whose conservative coalition recently won a “miracle” upset in the Australian election, has a Sabah connection.

In 2011, Scott Morrison, who was then in the opposition, retraced the Sandakan Death March, which out of 1,047 Australian and British prisoners of war (POWs), only six survived.

Morrison, of the Liberal Party, was with the then Australian Defence Minister Jason Clare of the Labor Party and Robert Oakeshott, an independent MP whose grandfather died in the death march, to trek the 260km of the POWs from Sandakan to Ranau.

Tham Yau Kong, the owner of TYK Adventure Tours, remembers the Australian MPs vividly as he was the tour guide for their five-day trek through forest reserve, rivers and villages.

“They came here without any protocol. No one in the Malaysian government knew that these important people – bearing in mind one of them was the Minister of Defence – were walking the death march trail. They came just like an ordinary civilian,” said Tham, a multi-award winner in the tourism industry.

In 2005, to commemorate the 60 years of the Sandakan Death March, the Sabah Society commissioned Tham and his team to trace the deadly trail.

About two months after the Japanese bombed Pearl Harbor on Dec 7, 1941, they invaded North Borneo (now Sabah). To build an airstrip in Sandakan, the Japanese shipped Australian and British POWs from mostly Singapore. In 1945, as it was losing World War II, they brought the prisoners from the east coast of North Borneo to inland in three marches. Many of the POWs died because of the stre­nuous hike or were executed by the Japanese.

In an interview with Daily Express, a Sabah newspaper, Morrison said his Death March trek was an incredibly moving experience for everyone involved.

“This is part of Australia’s history that not enough Australians know about. We have achieved many things over the last five days personally and as a group. But most important – honour the prisoners of war and the villagers who helped them who faced similar risk if caught. We have done that and brought that to the attention of more Australians – something we felt very good about,” he said.

“You got the jungles, roads, rivers, mountains – enormous variety and that’s good. More important is the story along every section of the track. Men suffered and died every step along so it’s like they were walking alongside you,” he said.

Tham recalls Morrison as a quiet person but also humble and nice.

“It was not that he was not friendly. He was just quiet. He also kept a low profile even though he was an MP,” said the tour operator with 30 years’ experience in the industry.

“I said, Sir Scott, come for dinner (during the trek). And he said, ‘Don’t call me, sir. Call my name’,” he said, adding that he usually called his guests as “sir”.

The tour operator also recalled Morrison enjoying the blowpipe lessons from Zudin, a witness of the 1945 Death March who killed many Japanese with the traditional weapon.

“Did you think Morrison will ever be Prime Minister?” I asked Tham.

Later, after the victory of the Coalition (Liberal and National) at the 2013 election, Morrison was made Minister for Immigration and Border Protection in the Tony Abbott government. In 2015, he became Treasurer of Australia when Malcolm Turnbull became Prime Minister.

Around 2016, Tham’s uncle who migrated to Australia returned to Sabah.

“My uncle was impressed that I was the tour guide for the three MPs. He told me that one day, this chap (Morrison) would be the Prime Minister of Australia because of his good personality and popularity. He also said that Morrison was a kind person and I agreed with him as I got a close encounter with his kindness,” Tham said.

“It was no surprise to me when after his party’s leadership problem, Morrison took over as PM.”

In August 2018, in a Liberal Party leadership tussle, Morrison, who was seen as the compromise candidate, was voted as party president and subsequently was sworn in as Prime Minister.

What surprised Tham was Morrison, 51, winning the Australian polls to remain as Prime Minister.

Now that Morrison remains the Australian premier, the tour guide’s greatest hope is he will tell Australians about his experience walking the Sandakan Death March.

Morrison told Daily Express: “Our diggers (Aussie foot soldiers) are all now going into the 80s and we are losing them.

“I know my grandfather told me stories, but our new generation no longer has this kind of direct link with the generation that fought and suffered in places like Sandakan Death March,” he said.

The Sandakan Death March is the Austra­lians’ lost World War II history that should not be forgotten. 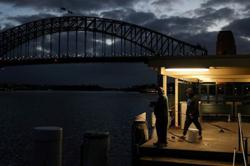 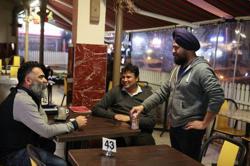 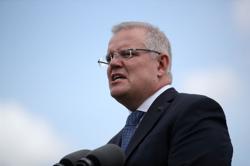