PENAMPANG MP Darell Leiking wore it when he was sworn in as International Trade and Industry Minister at the Istana Negara this week.

Malaysian ambassador to Vatican City Tan Sri Bernard Dompok wore it when he presented his credentials to Pope Francis in the Vatican a couple of years ago. Semangat 46 president Tengku Razaleigh Hamzah wore it when he campaigned in Sabah back in 1990.

I wore it at my wedding reception, also in Penampang.

“It” is a sigah, a Kadazandusun traditional headgear, sometimes spelt as siga.

On Monday, the distinctive sigah stood out when Leiking paired it with his black suit at the swearing in of the new Cabinet members before the King.

The Parti Warisan Sabah deputy president told The Star that he made it a point to wear the sigah because it was part of the traditional and national dress code of Sabah. Dompok presenting his credentials to Pope Francis in the Vatican.

On several of my Sabah WhatsApp groups, many Sabahans, especially Kadazandusuns, were proud that Leiking had decided to wear the sigah.

They were equally proud when Dompok, Malaysia’s first resident ambassador to the Holy See, wore the sigah and the Kadazandusun traditional costume when he presented his credentials to the Pope on June 9, 2016.

“It was my pleasure to don the kadazan traditional costume to receive the letters of credentials from the Yang di-Pertuan Agong and to be similarly attired to present the letters to His Holiness Pope Francis,” said the former Sabah chief minister and Plantation Industries Minister.

“It is a Borneon cultural heritage, now becoming one of the national costumes of Malaysia.

Dompok said wearing the Kadazandusun costume was a celebration of Malaysia’s rich cultural diversity. At the Vatican, he said, the dress code for formal occasions is either national dress or the uniform. 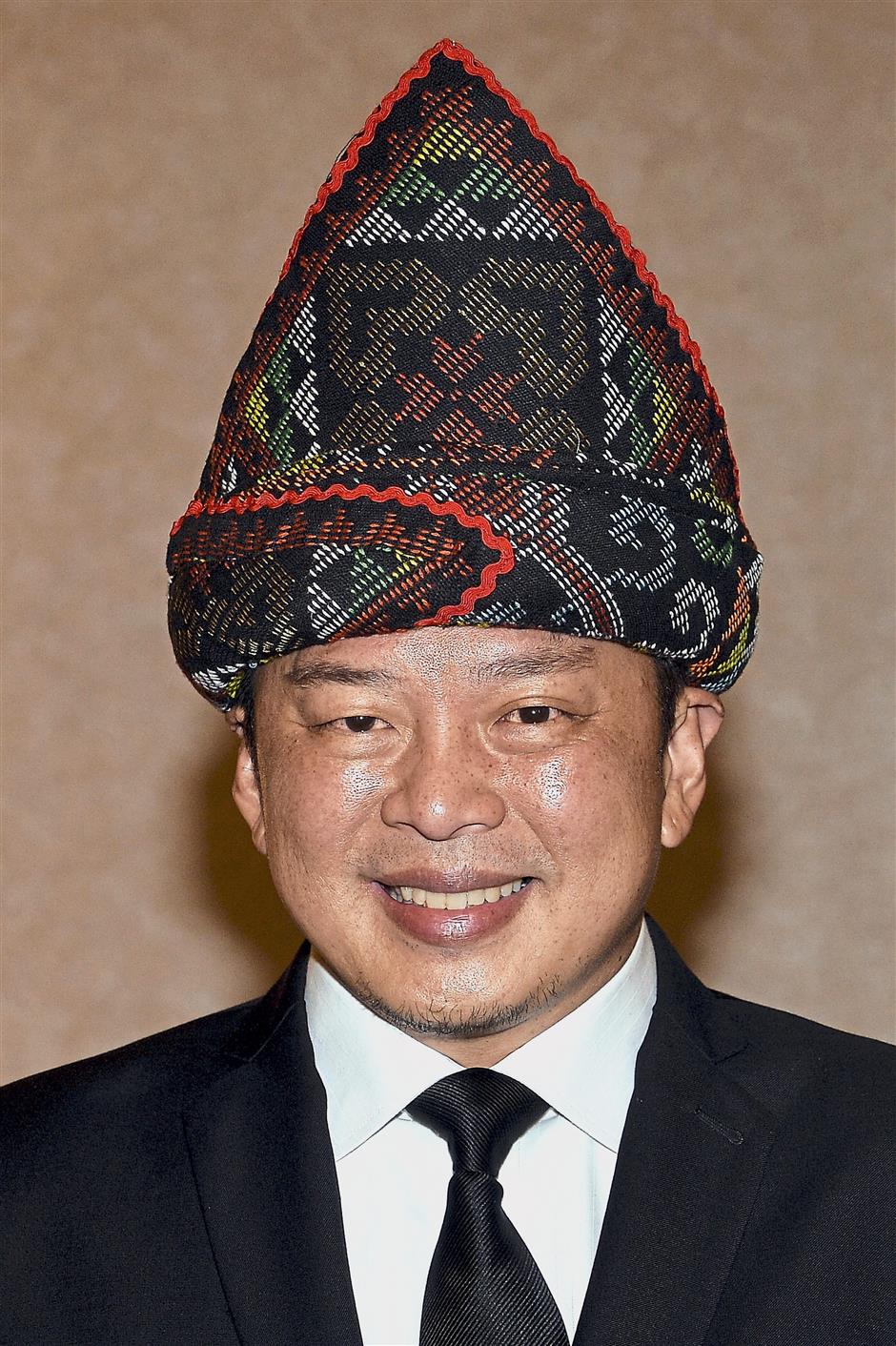 “My wife and I wear the traditional costumes in most of the events and it gives us the opportunity to talk about Malaysia as the diplomats are interested to know more about the costumes,” he said.

For those who followed politics when Tun Dr Mahathir Mohamad was Prime Minister in the 1990s would remember how the sigah was at the centre of a controversy during the 1990 General Election.

Tengku Razaleigh visited Sabah during the campaign period and leaders from political ally Parti Bersatu Sabah gave him a sigah to wear.

“From the time of his visit to Sabah until polling day, Razaleigh was slandered in most major newspapers for wearing traditional Kadazan headgear (sigah), which allegedly had a Christian cross on it,” wrote In-Won Hwang in his book Personalized Politics: The Malaysian State Under Mahathir.

“Mainstream media coverage, including TV3, was slanted in a way as to make the ethnic Kadazan headgear appear to have a Christian cross on it, thus leading the Malay-Muslims to a general belief that Razaleigh’s Semangat 46 was selling out Malay interests as well as the Islamic faith in order to win the 1990 general election.”

The sigah controversy was partially blamed for the Tengku Razaleigh-led Opposition coalition’s failure to topple the Dr Mahathir-led Barisan Nasional.

The hands that popoihit (Kadazandusun for wrap) a handwoven cloth (kain dastar) into Razaleigh’s sigah belong to Rosina Sogondu, from Kampung Nampasan in Penampang, which is close to Kota Kinabalu.

The 81-year-old Rosina said she was one of the few people in Kampung Nampasan who knew how to popoihit a sigah, a skill she learnt from her father. She said in the past, prominent Kadazandusun men wore the sigah.

“It was also worn when you meet a prominent person to show your respect to the person,” said the mother of Datuk Philip Lasimbang (a former Moyog assemblyman and Penampang MP), Jannie (Kapayan assemblyman) and Jenifer (Moyog assemblyman).

The Lasimbang matriarch had no idea that her popoihit skills would lead to a controversy. The design on the handwoven cloth that she used was a popular one – the pucuk rebung (bamboo shoot).

“I chose the pucuk rebung design as it is the most beautiful. However, the cross shape is not a crucifix,” she said.

In Kampung Kolopis in December last year, I attended the traditional “wedding” of the actor who played Barry Allen aka Flash the superhero, and Andrea, whose mother Judy Majalap is a Kadazandusun.

Gustin traded his Flash costume for a Kadazandusun costume (including the sigah) as the theme of the event was to honour Andrea’s Sabah heritage.

I wore the sigah for the first time for my wedding reception. My wife, Vera Mopilin, insisted on doing her reception the Kadazandusun way.

Now, my community is getting back to their roots and sigah is in vogue thanks to people like Leiking, Dompok and Gustin.