Many are not convinced that all have been revealed about what caused the 1976 plane crash that killed a Sabah Chief Minister and 10 others.

ON June 7, 1976, the principal of a boarding school in Melbourne woke up Faridah Stephens, 14, and her sister Fauziah, 17, early in the morning and called them down to her office.

Mrs Winkle, the Methodist Ladies College principal, told them that there had been a terrible accident and that their dad was gone.

“I felt very, very sad. It took time (for the news) to sink in,” said Faridah, the daughter of then Sabah Chief Minister Tun Fuad Stephens.

“We only found out about my brother when they showed us the newspaper.”

The day before, a Nomad N-22B aircraft had flown 50 minutes from Labuan before reaching the Kota Kinabalu airport airspace. 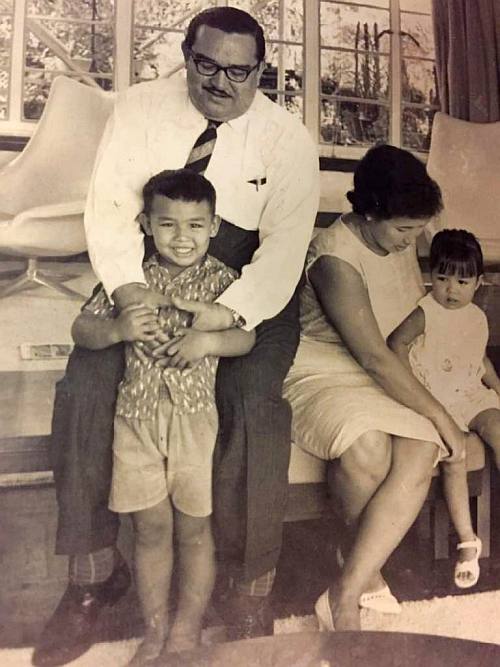 The crash happened less than two months after Berjaya, Fuad’s party, had defeated Usno in the 1976 Sabah elections and formed the state government.

Conspiracy theorists insist that the crash had something to do with Sabah’s oil rights.

They point out that it happened when Fuad was negotiating Sabah’s oil rights with the Federal Government.

Faridah recalled: “It was on the front page of at least one newspaper in Australia. We flew back the same day. None of us kids were in Kota Kinabalu for the burials.”

On the 42nd anniversary of the crash, I WhatsApp-ed Faridah to tell her that I was feeling sad thinking of the crash. I asked her how she felt.

“It’s always a sad day for us. We lost my dad and brother and we knew just about everyone on that plane. It’s always a day of reflection and prayer for us,” she said.

“Many Sabahans think that it would have been a different Sabah if the crash didn’t happen,” I said.

“My dad loved Sabah. He believed in a multi­racial and secular state and country. He believed in native rights and the advancement of his beloved Kadazan people. But I think he would have faced the same pressures from peninsular Malaysia as all the leaders have after him,” she said.

“The Berjaya ministers who perished with dad were good people. It was quite a blow to lose so many at one go. But we have lots of bright, good-hearted, capable and well-­meaning leaders now.

“Politics has changed a lot since 42 years ago. I’m feeling hopeful that Malaysia’s new regime will live up to the promises of good clean government, freedom of expression and positive reforms.”

Many Sabahans have not found closure over the Double Six (a reference to the date) tragedy. Some think that there was a hidden hand involved in the crash.

I asked Faridah whether her family had read the report on why the plane had crashed.

She said that in 1996 there was a report done by the Australian Broadcasting Corpo­ration in a programme called 4 Corners about the Nomad aircraft.

It alleged that there was a cover-up of the faults of the Nomad design.

“There is apparently a 10-volume report in Canberra that was given a security classification and locked up somewhere. It would be good if the Malaysian Government could get hold of a copy for us,” she said.

“Basically, the plane was faulty and unstable and could fall out of the sky even in nice clear weather.

“The Royal Australian Air Force had some Nomads but after several deadly crashes, the pilots refused to fly them. The nickname they gave the plane was The Widowmaker,” she said.

“You don’t buy the popular conspiracy that the crash had something to do with the negotiations for Sabah oil?” I asked.

“We’ve had a lot of time to think it through. Was the timing suspicious given that it happened just 56 days after Berjaya won the election? Of course,” she said.

“Could it have had anything to do with the oil negotiations? Quite possible. Is a 5% oil royalty sad for Sabah? It sucks BIG time. But weighing all the info, on the balance of probability, I’m swayed towards thinking it was the faulty plane. But who knows? Time may reveal otherwise.”

With Malaysia 2.0, some Sabahans are asking for the Tun Dr Mahathir Mohamad government to re-investigate the Double Six crash. I asked for Faridah’s thoughts on the matter.

“If it’s going to bring up new evidence ... But it has been so many years. I’d like to see the Australian 10-volume report that’s at the Defence Ministry – I think it’s that ministry anyway – in Canberra,” she said.

Forty-two years after the crash, Sabahans still want to know the truth about the Double Six tragedy.