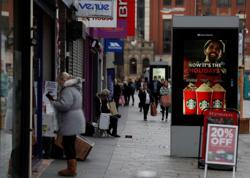 THE Prime Minister’s offer for several institutional reforms will likely only be seen by his critics as a last-minute desperate attempt to salvage his wobbling government.

His opponents have even dismissed it as a form of bribery and have demanded his immediate resignation.

It appears that Tan Sri Muhyiddin Yassin is clutching at the last straws and racing against time as the clock ticks away to the Parliament meeting next month.

His promise of reforms has obviously come late, but it’s certainly a significant step in re-booting Malaysian politics.

There is an open offer for a Confidence and Supply Agreement, which is a political arrangement where an opposition party agrees not to vote against a minority government to pass votes of confidence or approve budgetary matters.

It sounds attractive, but the timing is wrong, and his opponents know they have the upper hand. They don’t need to offer him a lifeline.

The arrangement comes with neither political obligations nor the full backing for the government.

Last year, even Muar MP Syed Saddiq Syed Abdul Rahman suggested it as a means to avoid confusion and chaos for the public, but understandably, the young man is no longer keen to discuss this option now.

But for the Malaysian electorate, we should now find out if the other parties including PKR, DAP, Amanah and Umno can make a better offer than what Muhyiddin has in store for us.

It doesn’t matter if we want to kick Muhyiddin out immediately, but let’s ask the PM aspirants if they can up the ante. Do better, please. But don’t promise us things that aren’t feasible, like in GE14.

All over the world, governments no longer enjoy a strong majority, and this will possibly happen here, too, even after the coming general election, where we could be back to square one.

Right now, the backdoor government under Muhyiddin is in danger of being replaced by another back door government with another small majority, and we know of all the potential permutations.

The last thing Malaysia needs is another government that lasts just a year and a half and is reluctant to face Malaysians to gain a proper mandate.

The coming week will be crucial as we await a potential arrangement, at least for a few months, to put the reforms in place until a general election is called, where we, and not politicians, will decide our fate.

In the past week, Malaysians have suffered information overload following the political impasse, so much so, even the media is struggling to authenticate documents circulating in social media.

Topping the list has been the alleged correspondence between the Palace, Prime Minister and the Dewan Rakyat Speaker.

These are obviously highly confidential letters, if real, so there should be no chance of them being leaked. After all, it should only involve these eminent personalities and a few high-level staff. Maybe a secretary.

I would think these people are sworn to secrecy. Even staff at the chief executive officer floor in the corporate world know their roles in protecting confidential matters.

We can assume these missives would be hand-delivered, and not via Pos Laju or some delivery service. And possibly, even escorted by the police.

But suddenly, Malaysians are flooded with all kinds of information that seems so real that even experienced news people, me included, have been fooled. Not once, but a few times.

The media has resorted to cross-checking with each other to verify details, but until now, only some free-wheeling news portals are prepared to quote unnamed sources for such reports.

Surely private meetings at the highest level are classified under the Official Secrets Act.

I have also attempted to call those named in these documents, in my best capacity, to get things straight.

Last week, Datuk Azhar Azizan Harun’s parliament office issued a “Palsu’’ (fake) statement to dispute a press release, while the Prime Minister’s Office denied a release, which suggests the PM had met the Election Commission in preparation for a general election.

Without doubt, we can sense the friction between the Palace and the Federal Government, but the jurisdictions of both sides are clearly spelled out in the Federal Constitution.

For example, only the PM has the authority to instruct the Speaker on when to call for a Parliament meeting, such as a special one to discuss if he has the confidence of the House.

It’s clearly the authority of the Executive, so it won’t seem right if the Speaker or PM takes an order from the Palace.

But the PM can’t call for the dissolution of Parliament without the consent of the King, who wields discretionary powers on this matter.

It’s safe to say that a general election will have to be called at some point soon, but the King has that power to decide, and not the Executive.

Right now, though, it’s likely that few Malaysians are excited about the idea of going out to vote when we have a raging pandemic with spiralling daily infections.

Malaysians are struggling to maintain their businesses to retain their jobs, to put food on the table, and stay out of the dreadful disease’s way.

Thanks to the politicians, the number of cases spiked after the Sabah state elections last year, so, do they still dare threaten our lives to fulfil their political ambitions?

It’s bad enough that their attention has shifted to counting the number of statutory declarations they’ve collected and pursuing Members of Parliament to declare their support.

Those figures seem to be their paramount concern, instead of bringing the number of Covid-19 cases down and putting the economy back on track. It’s sad, but our politicians have lost the plot.

At the rate we’re going, investors will walk out the door.

They don’t even have to knock on the doors of our Asean neighbours with their billions because Vietnam, for example, is waiting with their doors wide open, and with a red carpet, too.

But in Malaysia, we’ve been reduced to a pathetic lot. We spend our time busily checking the latest information, real or fake, on social media and expressing our views on WhatsApp chat groups, without even considering if they’re appropriate forums, or if we share our politicians’ enthusiasm.

The logical steps would be to ensure Malaysia has reached at least 70% vaccination, and then reopen the economy in stages, but with enhanced standard operating procedures. These should be our priorities.

We can only afford two more months before we reach that point. We will still be firefighting even if these goals are met because now, it’s clear that the double-dose vaccines are not silver bullets and more deadly variants have emerged.

But at least there’s some form of assured protection. The virus won’t go away because it’s set up to be endemic.

It would be very foolish for us to follow the American and British ways of allowing gatherings and even removing masks. Good luck to them.

Hospitals in the US have already reported a surge in cases, and a check on the Covid-19 trackers still indicates an average 30,000 cases a day in Britain, despite the media proclaiming drastic drops.

Britain’s population comprises 89.2% with the first dose and 75.7% with the second dose.

In Malaysia, until Wednesday, 69.8% of the adult population has received the first dose while 40.7% have completed both doses.

Our Founding Fathers started the journey for Malaysia with great hope for all of us. They probably never envisioned the state we’re in now. 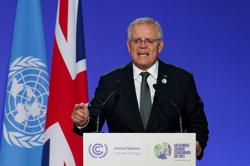 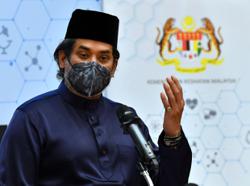