I AM sure many employees who have lost their jobs were delighted that soon after his appointment in May, Human Resources Minister M. Kulasegaran began focusing on efforts to clear the backlog of Industrial Court cases.

It was also well-received when he said in June that he wanted to eliminate the process of the minister screening cases before deciding whether they should be brought to the Industrial Court.

There are some who have objected to the proposed move. I believe that the mechanics of the so-called screening process are not widely understood.

What is this screening process? It arises through Section 20 of the Industrial Relations Act. The section covers representations on dismissals.

Here’s Section 20(1): “Where a workman, irrespective of whether he is a member of a trade union of workmen or otherwise, considers that he has been dismissed without just cause or excuse by his employer, he may make representations in writing to the director-general (DG) to be reinstated in his former employment; the representations may be filed at the office of the DG nearest to the place of employment from which the workman was dismissed.”

The DG in this case is the director-general of Industrial Relations, which comes under the Human Resources Ministry.

According to Section 20(1A), the representations must be filed within 60 days of the dismissal.

What is supposed to happen next is detailed in Section 20(2). It says, “Upon receipt of the representa-tions the DG shall take such steps as he may consider necessary or expedient so that an expeditious settlement thereof is arrived at; where the DG is satisfied that there is no likelihood of the repre­sen­tations being settled, he shall notify the Minister accordingly.”

This screening involves the Indus­trial Relations Department trying to mediate a settlement.

All this is usually done through casual conversations without documentary and oral evidence. It is based on these meagre statements that the officer then reports to the DG.

Even if the officer prepares a detailed analysis, I do not think the DG can be expected to go through all the documents and evidence before referring the matter to the minister to decide whether the case should go to the Industrial Court.

And even if the minister has all the materials before him, given his workload and responsibilities, I do not think he can be expected to have time to examine all the information.

I have the impression that, essentially, the officer decides the recommendation to be made. The DG then relies on this officer’s recommendation. So can the minister make a just decision?

The Industrial Court is speci­fically set up to examine docu-ments and evidence and decide whether employees’ grievances need to be addressed and if so, in what way.

Therefore, if a matter was not referred to the court despite going through the administrative chan­nels, the employee would have suffered an injustice because his complaint would not have been examined by the very tribunal whose duty and role is to do so.

It is my hope that the Human Resources Ministry will indeed do away with the screening process. This will save valuable time and ensure that the correct tribunal addresses the grievances.

Any comments or suggestions for points of discussion can be sent to mavico7@yahoo.com. The views expressed here are entirely the writer’s own.

Opinion , Bhag Singh , Law for Everyone 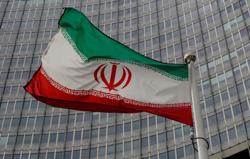