Both the winners and losers of the recent Melaka state election must not be blind to the red flags raised.

Unfortunately for Perikatan, flags can’t vote, and the coalition only won two constituencies, with Pakatan clinching five and Barisan sweeping 21 of the 28 seats in the state assembly.

The flags flattered to deceive. It gave a false impression that Perikatan was in pole position in the state election.

However, the absence of flags outside houses should have been a red flag.

During my drive through the state that is small enough that half of its constituencies can be visited in a day, I found it strange that there were not many flags in house compounds.

Usually the die-hard supporters would fly their party flag outside their homes to show their political allegiance in an election. But in most of the Malay villages I drove through, there were almost none. The flags were flown on public land such as along the roads or on bridges.

It gave the impression that the voters, especially the Malays, were still open about which coalition they wanted to vote for – Barisan or Perikatan.

In the Chinese areas, it was clear that many in the community were not as passionate about politics or the party they supported as in GE14 (the 14th General Election in 2018).

At a famous restaurant in Merlimau town serving steamed freshly-caught pomfret from the nearby Straits of Malacca, the owner, who voted for DAP in GE14, openly declared that this time her vote would go to a Malay doctor from Barisan.

The restaurant owner’s concern was her almost empty restaurant, which was usually full before the Covid-19 pandemic. She did not have time to think of politics. Uppermost on her mind was the economy that has been ravaged by Covid-19.

The big story of the Melaka polls is that Barisan won by a landslide – it got a two-thirds majority.

Umno – to be specific, the anti-Bersatu faction in the party – is buoyed by the victory. For them, the result is a confirmation that their party can go solo with Barisan in GE15.

But they need to temper their expectations as the Melaka results might be giving a false impression that Umno did not need the support of Malay parties such as Bersatu and PAS.

If they look at the data from the polls, Umno did not win convincingly in some of their traditional strongholds. For example, Serkam was retained with only a 79-vote majority and Tanjung Bidara by just 364 votes.

Barisan winning 21 seats was not a surprise. Neither was Pakatan getting five seats (compared with the 15 it got in GE14). The big surprise was Perikatan winning two seats, via Bersatu, as it was expected to get zero.

Bersatu’s two seats also gave something positive to PAS, which spurned Umno’s offer to make way for the Islamist party to contest in two safe seats if both parties had an electoral pact without including Bersatu. In the state polls, PAS president Datuk Seri Abdul Hadi Awang decided to stick with the Tan Sri Muhyiddin Yassin-led Bersatu and not the Datuk Seri Dr Ahmad Zahid Hamidi-led Umno.

After the state polls, Abdul Hadi has said on the record that PAS will remain in the Perikatan coalition. It won’t have an electoral pact with Umno unless it accepted Perikatan in seat negotiation for GE15.

The Abdul Hadi faction in PAS has a trust issue with the Dr Ahmad Zahid faction in Umno. It is partially related to Umno’s ouster of the Bersatu’s Perak mentri besar in December 2020.

Melaka polls – despite some political analysts calling it a barometer for GE15 – might give a false impression of the strength of the political parties. For example, PAS was expected to lose in all the eight seats it contested as Melaka is not its stronghold. The results would have been different if there was a poll in Kelantan, Terengganu or Kedah.

The other false impression is that the Melaka voters rejected “katak” (“political frogs”), such as former Melaka chief minister Datuk Seri Idris Haron, who jumped from Umno to PKR, and “YB Hulk” Datuk Nor Azman Hassan, who quit DAP to be an independent candidate. Political frog Datuk Muhammad Jailani Khamis of Umno retained his Rembia seat won under the PKR ticket.

The other big story of Melaka polls is how Pakatan lost the election.

PKR and Amanah gambled to field the katak who caused the Melaka government to fall, thinking that the former Umno assemblymen could bring in the Malay votes. The move alienated their core supporters disgusted by political frogs. They taught Pakatan a lesson not to take their support for granted.

The Melaka polls also killed off the Pakatan false impression that Opposition voters would stick with them regardless of their political stunts like the Kajang Move. In that move, PKR forced an assemblyman to quit so that top leaders Datuk Seri Anwar Ibrahim or his wife, Datuk Seri Dr Wan Azizah Wan Ismail, could contest and win the Kajang state seat so that one of them could be Selangor Mentri Besar.

Just like in the Tanjung Piai by-election in which Barisan, via MCA, won back the parliamentary seat by a majority of 15,086 votes, the Melaka Opposition voters taught Pakatan a lesson.

It also has to rethink whether opposition leader and PKR president Anwar is a viable Pakatan prime minister candidate. Some say that Anwar was a more formidable politician when he was in jail, as he was during GE14.

The winners and losers in the Melaka polls must not be blind to the red flags raised in the election. 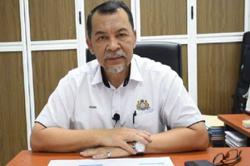