Divide and rule with a snap?

THE power of the Prime Minister is like that of Thanos and his Infinity Gauntlet holding the six Infinity Stones.

In Avengers: Infinity War, Thanos, a 2.4m evil, purple alien, snapped his fingers encased in the Infinity Gauntlet and wiped out 50% of all living beings in the universe.

Now, an Umno vice-president, Datuk Seri Ismail Sabri Yaakob, is holding the Infinity Gauntlet. Will the new PM do to Bersatu what Muhyiddin did to Umno?

According to several politicians and political analysts I spoke to, it is still too early to say. But what is clear is that after the new Cabinet was announced, Bersatu became significantly less powerful.

Bersatu managed to hang on to the powerful Home Ministry portfolio when party secretary-general Datuk Seri Hamzah Zainuddin was retained as Home Minister. But the party lost several portfolios to Umno, like the Housing and Local Government and Rural Develop-ment ministries, which are important because they are considered “influential”.

“Rural was taken from Bersatu, same with Housing, most of the Bersatu positions in the Cabinet now are insignificant,” said Universiti Malaya political analyst Dr Muhammad Asri Mohd Ali.

Assoc Prof Mohd Noor pointed out that even though Muhyiddin is no longer PM, Bersatu is not affected much by Ismail Sabri’s Cabinet reshuffle. Other than Muhyiddin not being included, the new line-up doesn’t affect Bersatu that much.

He conceded that Umno’s representatives increased from nine to 11 but taking out the Prime Minister, the number of ministers the party has equals the number Bersatu has, which is 10.

“Ismail Sabri as PM is also expected to be very accommodating of Bersatu, what with Ahmad Zahid’s faction not gaining much from the new line-up, having just (Tan Sri) Noh Omar and (Umno Wanita chief Datuk Seri) Noraini Ahmad as his representatives.

“So with all other Umno ministers aligned with Ismail Sabri, nothing much can be done by Umno to harm Bersatu,” he said.

Out of the 31 party MPs, only five, including Muhyiddin and deputy president Datuk Seri Ahmad Faizal Azumu, won on the Bersatu ticket in the last general elections; 15, including Hamzah, were originally Umno MPs, and 11, including Azmin, came over from PKR.

“The original group has started talking about merging with Umno some time in the future. They see that Bersatu cannot stand alone without holding the PM post. The Hamzah group is also thinking along that line; both groups are waiting for the right time,” he said.

Muhammad Asri contended that no leader in Bersatu could unite them as a political party.

“Muhyiddin is considered not relevant anymore. Hamzah and Azmin cannot get along very well; they are enemies before this (from 2018). And Azmin and Hamzah don’t recognise Peja (the Bersatu deputy president’s nickname). Peja is junior to these two warlords,” he said.

“As for Azmin’s group, I think some of them might go back to PKR. In other words, the future is not looking bright for Bersatu.”

The talk is Azmin’s group – called G15 as it comprises 11 ex-PKR MPs who are with Bersatu and four ex-PKR MPs who are pro-Bersatu independents – is considering joining Gerakan, a component party of the Perikatan Nasional coalition.

What will happen to the Perikatan coalition that comprises Bersatu, PAS, Sabah Star, the Sabah Progressive Party and Gerakan?

Muhammad Asri predicts that Umno will retain the Perikatan component as it cannot afford a fragmented government since it only has a slim majority of three MPs in Parliament.

Although Barisan Nasional has its MP as PM, Mohd Noor pointed out that in terms of total MPs, Perikatan – headed by Bersatu, coupled with GPS, PBS and independents – with 73 MPs is ahead of Barisan Nasional (comprising Umno, MCA and MIC) with 41.

“So in terms of strength, Bersatu as a whole is stronger than Umno. The same goes for the composition of the new Cabinet, in which Barisan has 12 ministers compared with Perikatan’s 13,” he said.

“With Muhyiddin freed from government duties, he will surely have a lot of time to strategise and to strengthen Perikatan’s machinery on the ground.

“Remember what Muhyiddin declared on his last day in office, that he will be back – I am sure he and his followers in Perikatan mean that,” he said.

Muhammad Asri had a different take. He sees Barisan being strengthened with the PM coming from Umno, a component party.

“In the end, maybe Umno wants to strengthen Barisan again, especially if Bersatu comes back to Umno,” he said.

He said PAS has no problem working with Umno under Muafakat Nasional (MN): “PAS knows Bersatu has no machinery at the grassroots levels, so Bersatu has to rely on PAS supporters,” he said.

Mohd Noor forecasts that the possible scenario will be Pakatan vs Barisan + Perikatan.

“Considering the rather strong court cases against Ahmad Zahid, it is likely that he will slowly fade into oblivion before GE15. If not as Umno president, at least as Barisan chairman, hence paving the way for Ismail Sabri to strengthen his grip on Umno and Barisan,” he said.

He argued that with this scenario, it is possible that PAS, Umno and Bersatu will work hand-in-hand during GE15.

Muhammad Asri contended that the Perikatan brand is not suitable for the new government under Ismail Sabri. He said Perikatan is strongly associated with the Bersatu-led government which many on social media have labelled #KerajaanGagal (failed government).

“Ismail Sabri must show that his government is more competent than the previous government although he has almost the same Cabinet with the only difference being a new captain,” he said.

Will Ismail Sabri snap his fingers to weaken Bersatu, which dominated Umno when it had two Prime Ministers?

In Avengers: Endgame, Thanos declared: “I am inevitable”. 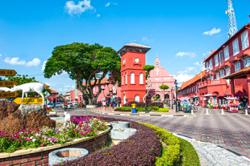 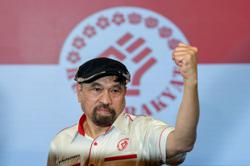