With leadership struggles and uncertain loyalties, which political party will ally with which coalition or alliance is up in the sky.

ON the night of Valentine’s Day, during a Facebook Live session, Umno’s Isham Jalil offered his opinion about why his party should break up with Parti Pribumi Bersatu Malaysia.

“Some say that Umno can’t win (in the 15th General Election) if it is not with Bersatu in the Perikatan Nasional alliance. If we are with Perikatan, they argue that we could win a two-thirds majority, ” said the Selangor Barisan Nasional information chief, who is part of an Umno faction that is against cooperating with Bersatu.

“Those who argue for Umno to be with Bersatu want to use the latter party for its grassroots support to win in GE15, ” said Isham, who was a special officer to former prime minister Datuk Seri Najib Razak.

Isham crunched numbers from GE14 in 2018 to prove that Umno and Barisan could win big in GE15 without Bersatu and Perikatan. He took the six seats that Bersatu MPs (who are still with the party) won in GE14 to see whether they could retain them in GE15. The seats are Alor Gajah, Kuala Pilah, Pagoh, Sungai Besar, Tambun and Titiwangsa.

His main argument is that politicians shouldn’t assume that Bersatu will retain the seats as the party won them when it was with Paka-tan Harapan and had campaigned under the PKR flag in GE14.

For example, he argued that the 63,014 Chinese voters (88.9% of total voters from the community who voted for Bersatu in GE14) and 18,825 (73.6%) Indian voters were unlikely to vote for Bersatu in the six seats in GE15 as they are Pakatan supporters.

He also hypothesised that the bulk of Umno voters (109,503 Malays, 50.2% of total voters) would not vote for Bersatu even if both parties were in a coalition.

Isham took a jab at Tan Sri Annuar Musa, who is with the Umno faction that favours cooperating with Bersatu in GE15.

“It is not realistic for Tan Sri Annuar Musa to say that Umno grassroots are loyal and will follow the party’s order to vote for Bersatu. They might be loyal but they are not dungu (idiot) and bodoh (stupid). Even if they are ordered to vote for Bersatu, realistically, they won’t as Bersatu has betrayed us, ” he said.

In a scenario where it is Muafakat Nasional (the Umno and PAS alliance) vs Bersatu vs Pakatan, Isham concluded that Barisan would win if PAS gave way to the coalition. It would be the same result if Umno stood on its own vs Bersatu (with PAS support) vs Pakatan.

Isham zoomed in on the Pagoh parliamentary seat held by Prime Minister and Bersatu president Tan Sri Muhyiddin Yassin. His result for different scenarios in Pagoh during GE15 is the same as the result for the six Bersatu seats.

Isham’s takeaways from his number-crunching are:

> If Bersatu contested in Barisan’s traditional seats and Barisan has to give way to Bersatu in the Perikatan coalition, Pakatan would win.

> The Muafakat Nasional alliance between Barisan and PAS has the best chance of defeating Pakatan and establishing a stable government.

> Barisan has a bright chance of forming a federal government even if it has to go into GE15 without Perikatan Nasional or Muafakat Nasional.

I sent Isham’s slides from the FB Live session to two political analysts to get their take.

Hisommudin Bakar, the executive director of think tank Ilham Centre, pointed out that it is not accurate to make such projections based on the assumption of winning Malay votes in the absence of any other research to confirm them.

“The mixing of votes in the last General Election is too simplistic and has no strong basis because the variables in GE14 and the current situation are different, ” he said.

“Everything is fluid, ” said a political analyst who didn’t want to be identified.

He said there is a possibility that GE15 would be: Pakatan (DAP, PKR and Amanah) vs Pejuang, Muda and Parti Warisan Sabah vs Perikatan (Bersatu, PAS and Gerakan) vs Barisan (Umno, MCA and MIC) in Peninsular Malaysia.

“We don’t know yet who is with who. PAS may change direction. Umno is facing an internal power struggle as the president’s (Datuk Seri Zahid Hamidi’s) hold on the party has weakened. Najib wants to come back, ” he said.

“Zahid is battling to hang on, and he has yet to clear his hurdles in court. If he is convicted, Umno will need a new leader, ” he said.

Hisommudin noted that the change in Malay voting patterns after Bersatu ditched Pakatan to form Perikatan Nasional has not been tested in a by-election.

“There are no studies yet that can confirm how voting trends will go among Malay voters, ” he said.

The Ilham Centre pollster also said the next factor to consider is voter turnout in GE15. In GE14, the percentage of non-Malays who voted was above 90%. It is a high number, and it was in favour of Pakatan.

“But with the current situation, the pandemic and issues that do not bring a big wave, the turnout may not be as high as in the last GE. This is also a factor that needs to be taken into account, ” he said.

Politics is fluid. By next Valentine’s Day, Umno and Bersatu might even be star-crossed lovers. 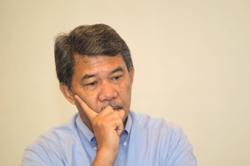 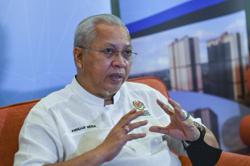